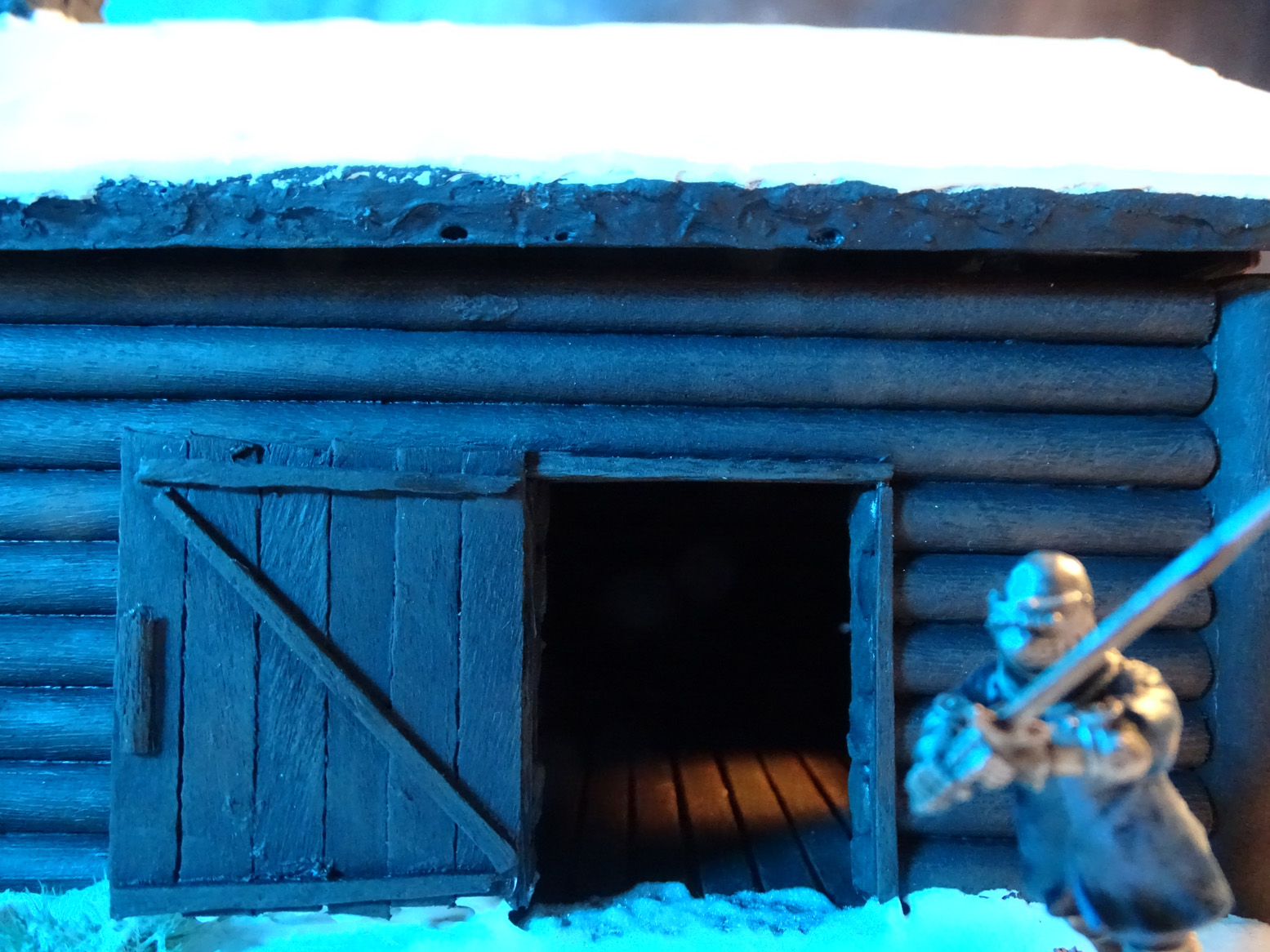 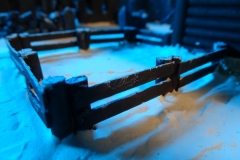 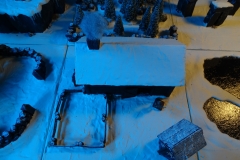 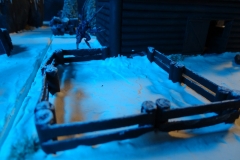 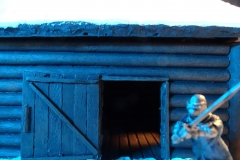 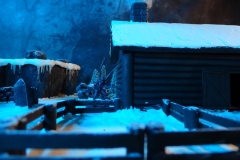 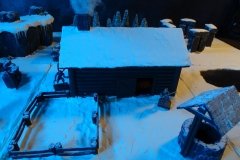 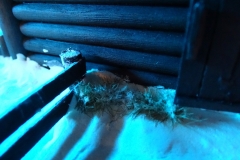 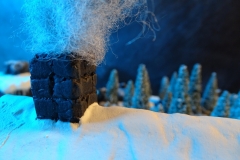 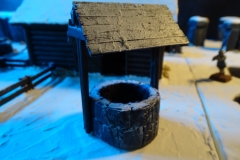 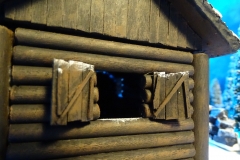 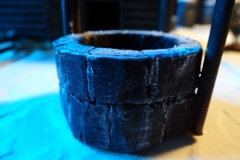 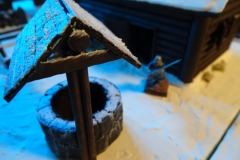 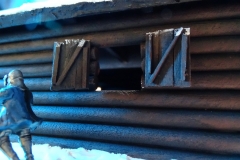 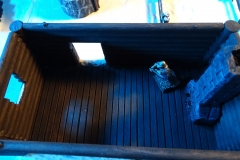 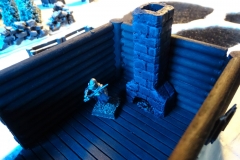 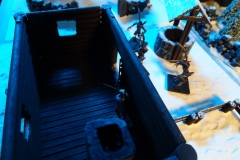 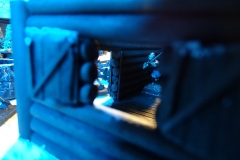 Concept: Part of the Winter modular board project. It’s a fairly straightforward project, inspired by log cabins. I tried to keep the structure simple, it shouldn’t stand out but be kind of swallowed into the snow. After a snow storm, you mostly notice houses by the smoke from the chimney, the light from the windows and whatever walls aren’t completely snowed in. The roof had to detach, the snow mixture actually gives it a lot of heft so it doesn’t move and it also easier to store (one of the big drawbacks of modular boards). The animal pen is not up to scale but you get the idea. Also, the well kind of brings it all together, that sort of proof of human activity.

Materials: : Craft sticks textured by hand with a knife to make them look like actual lumber, fireplace sculpted from polystyrene. Roof from foamboard. The smoke is sheep’s wool. The bushes are tundra tufts by Army painter.

What I’d do differently: Always a doubled edged sword with these winter projects: this house was meant to blend into the scenery… and so it is bland. I might add some furniture but the space to manoeuver is already quite small. Still happy with it, but the devil’s in the details and so is my overall satisfaction.