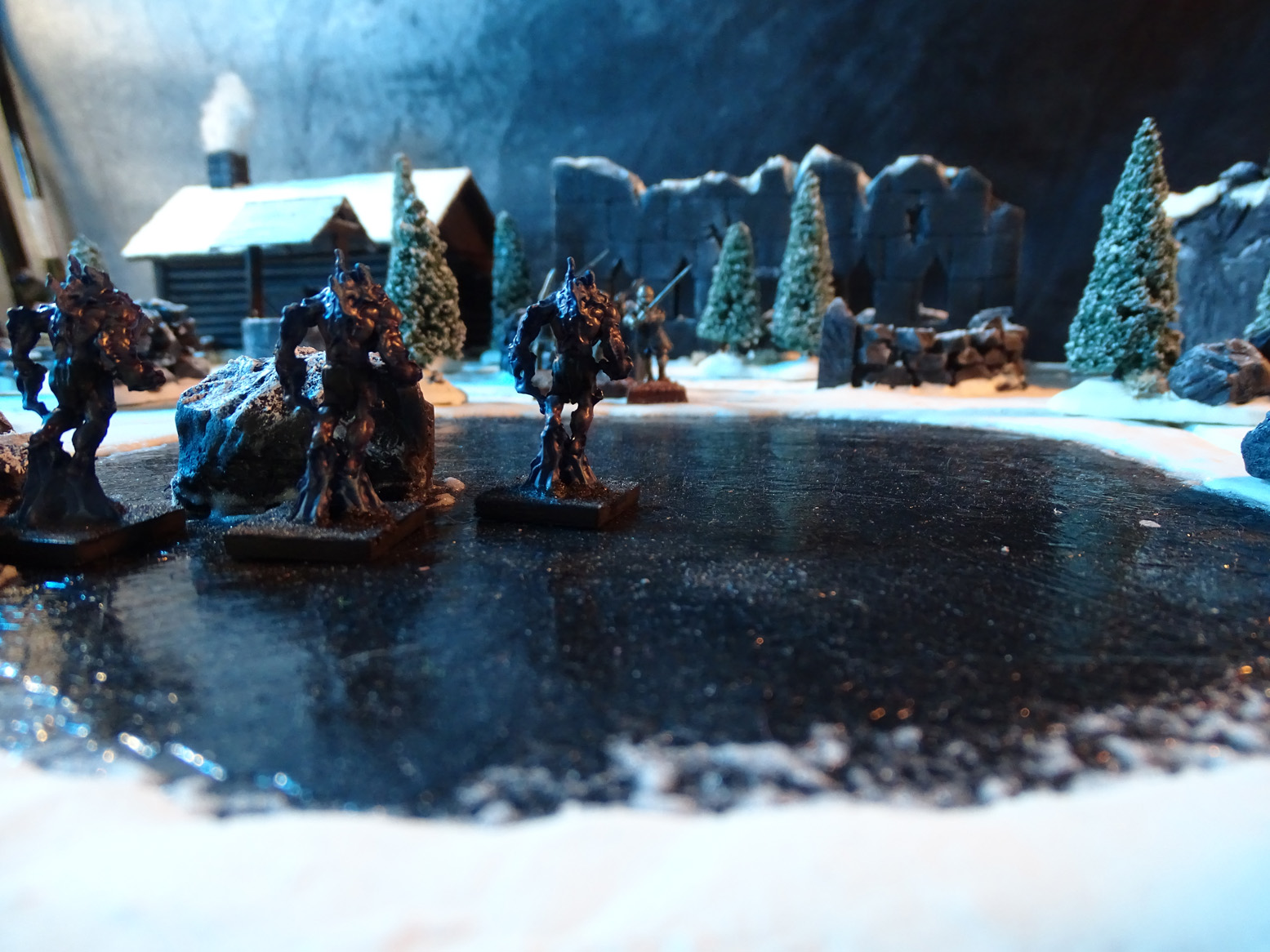 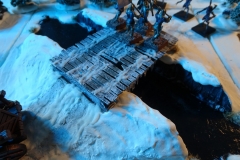 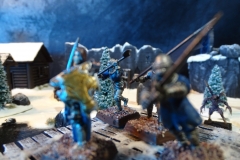 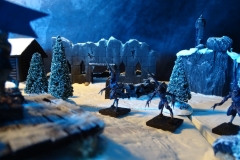 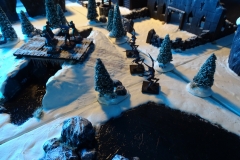 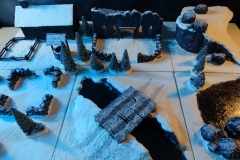 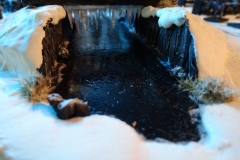 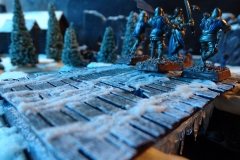 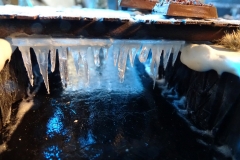 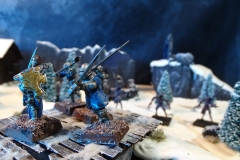 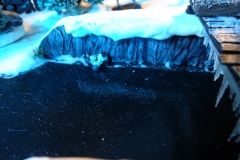 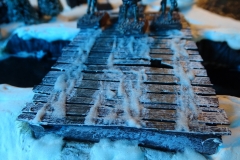 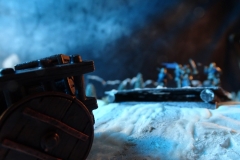 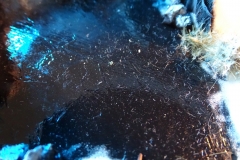 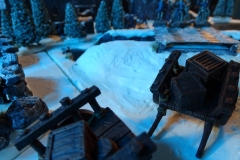 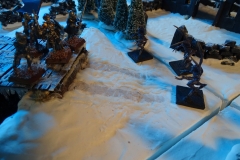 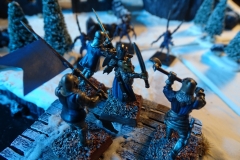 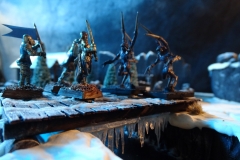 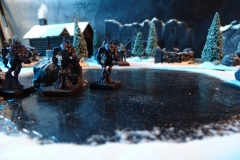 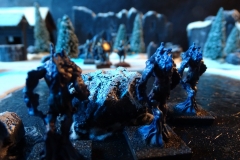 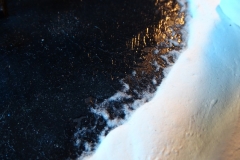 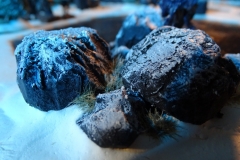 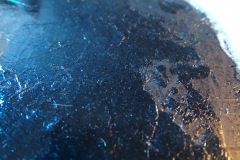 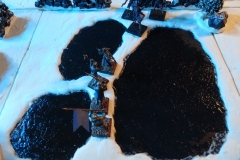 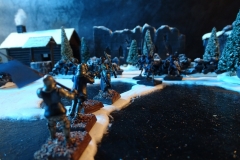 1 2 ►
Concept: This is part 1/4 of the Winter modular board. Broadly speaking, it’s (ten) 10 1 square foot polystyrene boards, for a 3’x3′ board with many configurations and options possible. Most features are built into the boards, and some pieces are loose such as trees, rocks and walls. I’m particularly proud of this project since I made most of everything from scratch. Man, where to begin? Here we have the frozen river and lakes boards. All of the ground is sculpted from polystyrene. For the bridge, I tried to emulate cartwheel tracks. The icicles are made from melted plastic spoons. For the river and lake ice effects, I tried to emulate a sort of “black mirror” effect with a somewhat cracked surface, it’s hard to describe but it’s based on the winters lakes in my native Quebec, where it’s winter six months a year!

Minis from Mantic and Warlord.

Materials: For instance, the snow is made from a mix of PVA, white acrylic paint and baking soda. Wet snow by AK. Ice surface effect from thick gloss medium.

What I’d do differently: Modular boards a quick to set up, but difficult to store because they’re so bulky! Otherwise, the square edges were almost impossible to even out with the hand tools at my disposal, which means the gaps, however tight, are visible because of the black shadow contrasting with the white snow. Tough. Otherwise, I’ve always found it maybe too intensely white, although entirely plausible, I don’t know, it’s hard on the eyes to play on a pure white board. The models do stand out though!