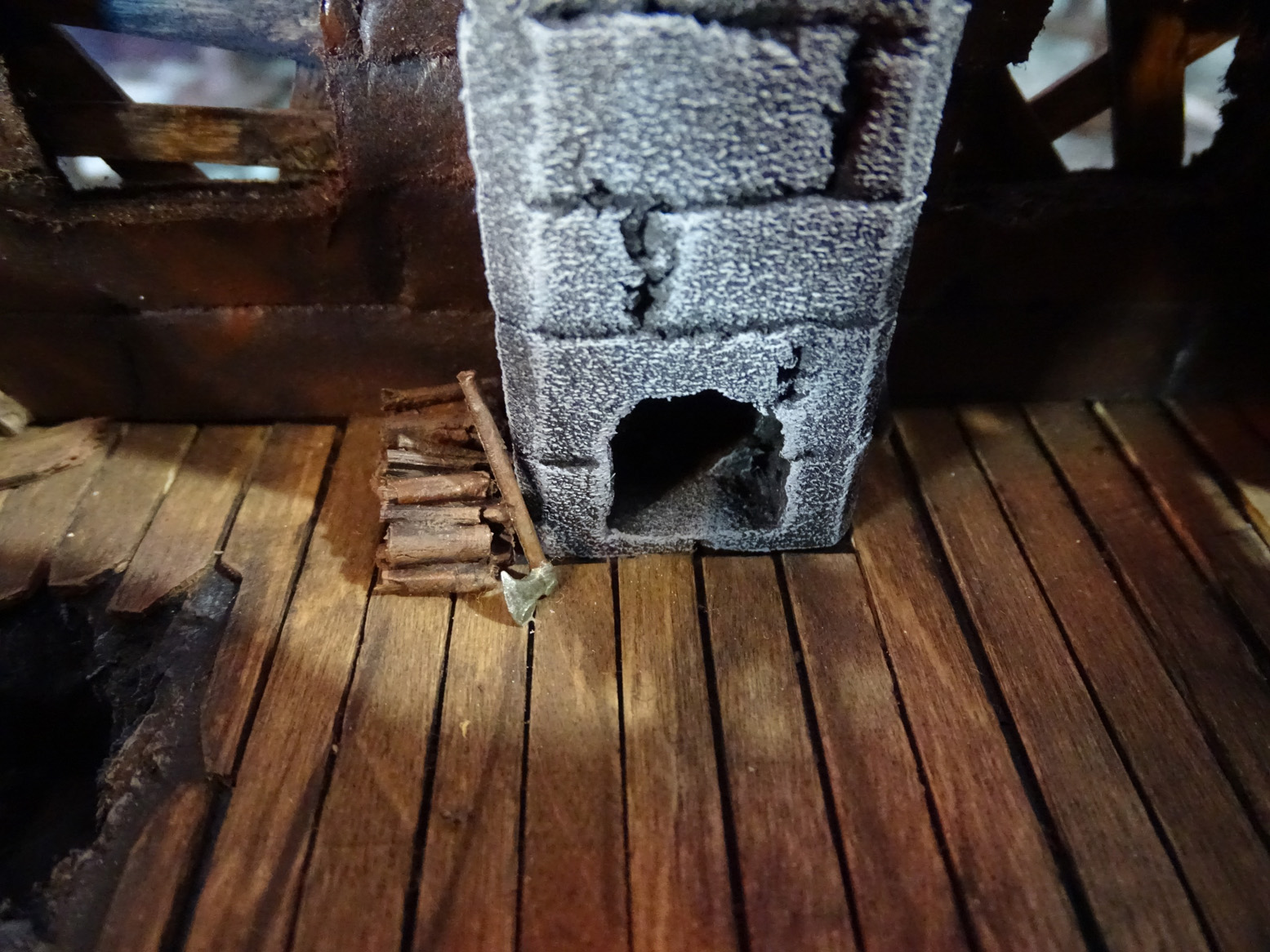 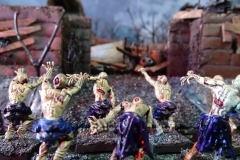 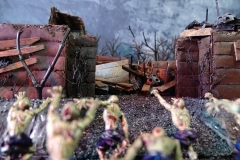 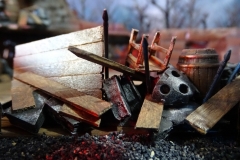 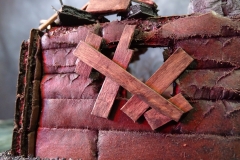 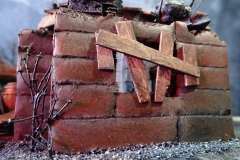 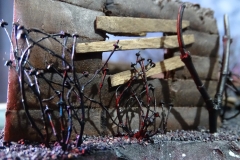 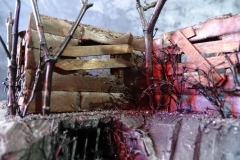 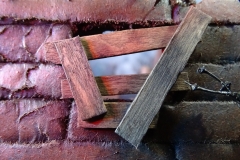 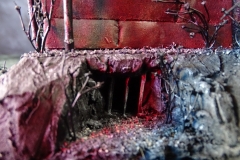 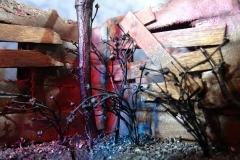 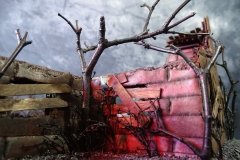 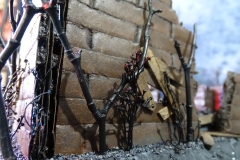 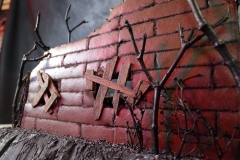 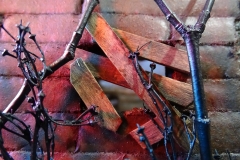 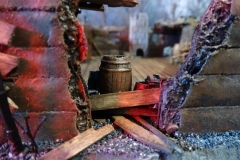 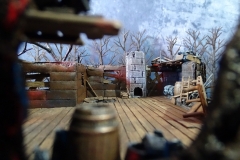 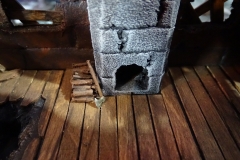 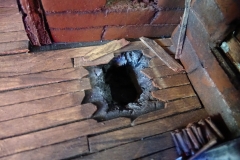 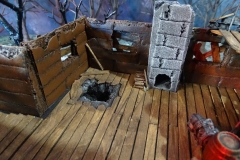 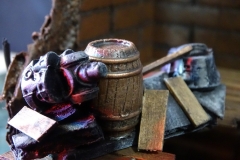 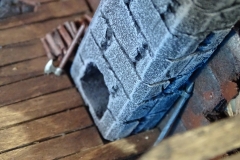 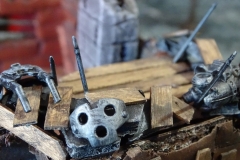 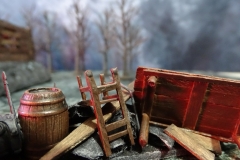 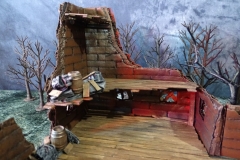 1 2 ►
Concept: We’ve reached a point where a terrain project becomes a straight up dollhouse… albeit a dollhouse for zombies. Hey, no shame! So why a haunted house? The challenge was to build a stronghold / defensive position that would fit both a modern horror setting and a post apocalyptic theme. That meant laying the base for a flavor without giving too much away. And it had to be somewhat modular to be able to remove certain pieces and floors to enable manipulation. So I went and sculpted a 1 square foot polystyrene base, on top of which I built walls of double layered foamboard, cut to ressemble wood planks. The whole is meant to have been ruined by partially crumbling, though by adding tons of wash on top of the ruined walls, we could suggest a fire might have done the job.

But how do you make a ruined house interesting? In this case, by making it inhabited, either by survivors or bandits holed up in the house. Boarding up the windows individually, seemingly in haste, was a good start. I sculpted a fireplace out of polystyrene, dug a hole through the house going to a busted up grate (made from toothpicks) leading to the outside, as though some creature had crawled through, or the survivors had dug an escape. Planted some trees (from twigs in my backyard). The floors are craft sticks, gruelingly assembled. The top floors are magnetic.

The piece de résitance is three loose barricade pieces. For the largest, I built a table and a chair (to be stacked on a pile). A chair! It was supposed to be four chairs at the beginning, but it took forever and I was cursing my seemingly giant hands, so that was that.

Zombies by Mantic. That axe is from some Warlord vikings (we asked, they don’t mind).

What I’d do differently: Even though the piece is 1 sq.f., it’s still too small to really hold much action inside, even when removing the magnetic floors. Also, the barricades were done from the outside, which makes little sense (but seemed cool at the time!). Also also, the dead trees were a mistake, they stick to anything like a sleeve, super annoying. Back then, I saw terrain more like a collection of dioramas, and that’s just not practical. In the end, it doesn’t get as much table time as I thought. But I still love those barricades and that little freakin’ chair.