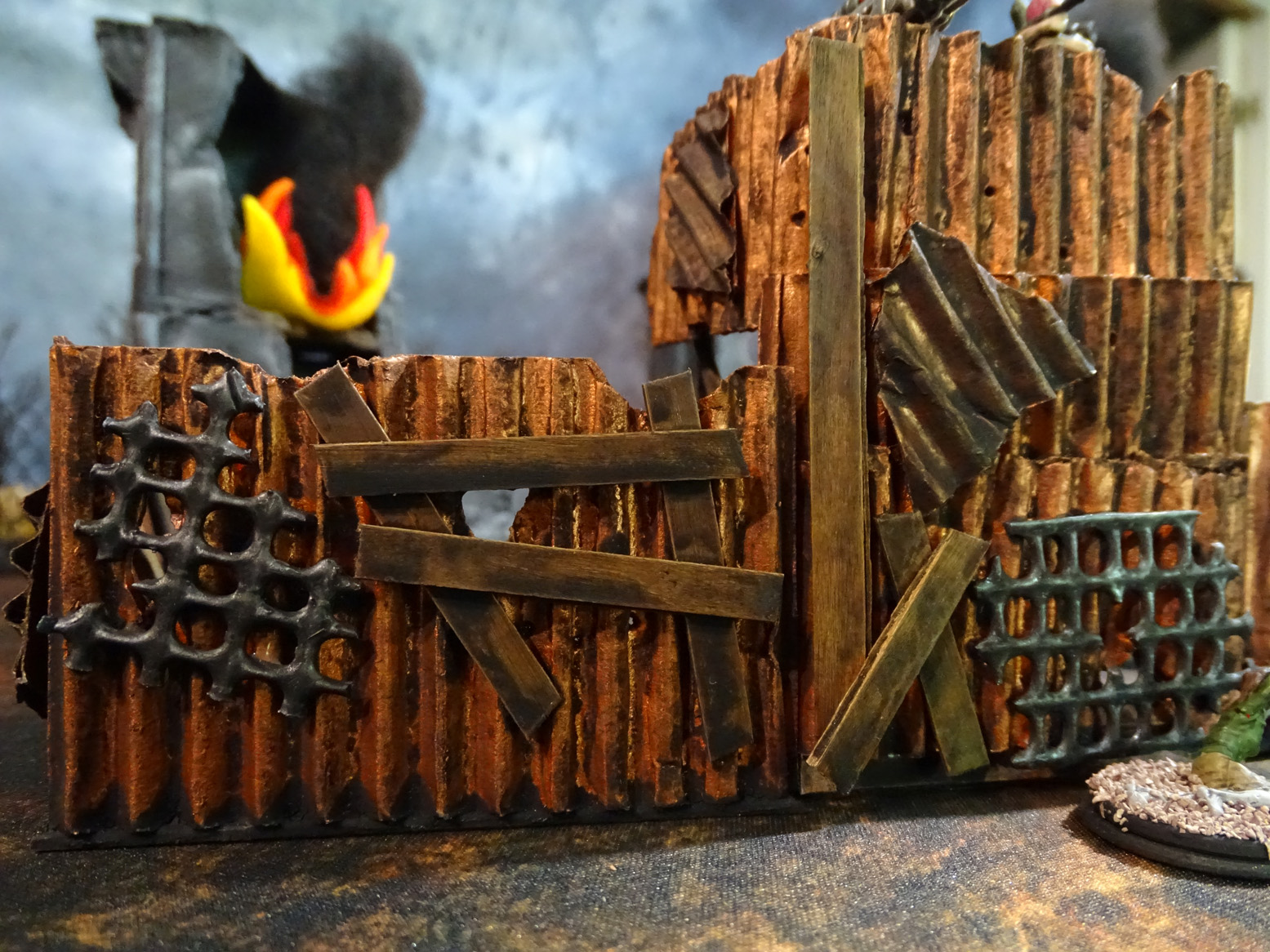 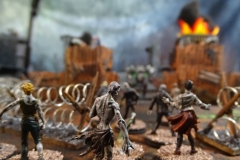 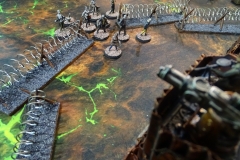 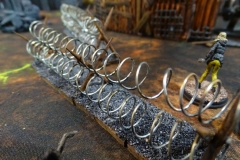 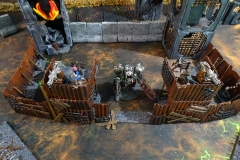 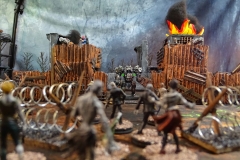 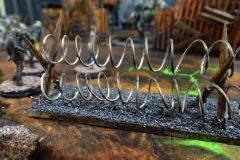 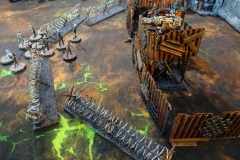 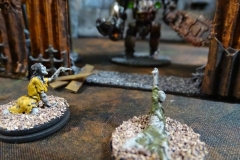 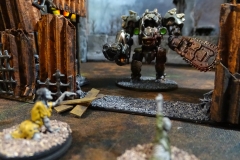 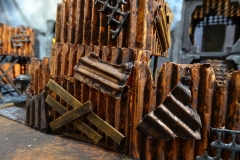 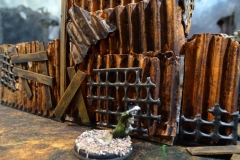 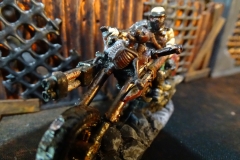 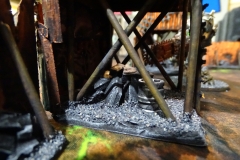 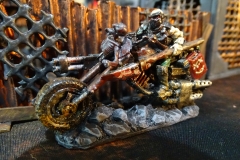 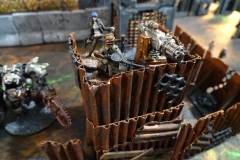 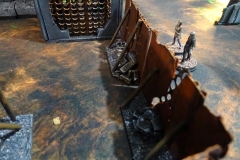 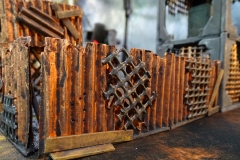 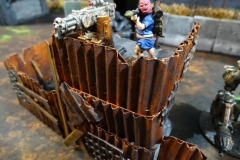 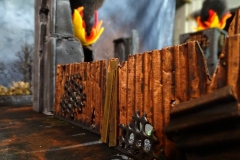 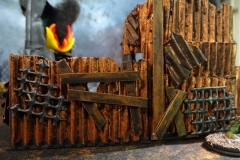 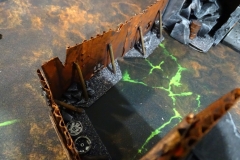 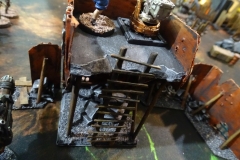 Concept: A modular post-apocalyptic stronghold that would have been hastily constructed using sheet metal and scrap wood. A perfect hideout for raiders or desperate survivors. I wanted a good 2′ of modular structures that could form either a barrier, a blocage or a circular fort. It’s strange to think that a project done with such accessible materials would come out this well. The trick was to simulate randomness: every piece had to be a little different, but similar enough that they would fit as a whole structure when placed together. Creating irregularities like gaping holes and dents was just part of the fun!

Materials: Basically, I peeled off box cardboard, cut them down to random sized pieces (like recuperated sheet metal), painted these with cheap dollarstore copper paint, and cobled everything together with foamboard, craft sticks and bits of screen material used for winter bush cover. Then I lay lots of homemade wash and at that point, no drybrush seemed necessary. For the the two guard posts I used bamboo sticks to make an X structure. Used some washers and ball bearings here and there (covered in “debris”) at the base to give them some balance. (The barbwire structures are made from bamboo skewers and metal wire twisted on a circular craft stick).

What I’d do differently: I used 3” modular pieces, but larger pieces (like 6”+) would have done the job and better, although smaller pieces are easier to store. I thought about adding some graffiti to add some needed color and levity but that would have locked the pieces into a particular theme, and I wanted to be able to use them in other settings outside of post-apocalyptic (ex. modern zombie, futuristic rebel stronghold, etc.), so that didn’t seem possible.