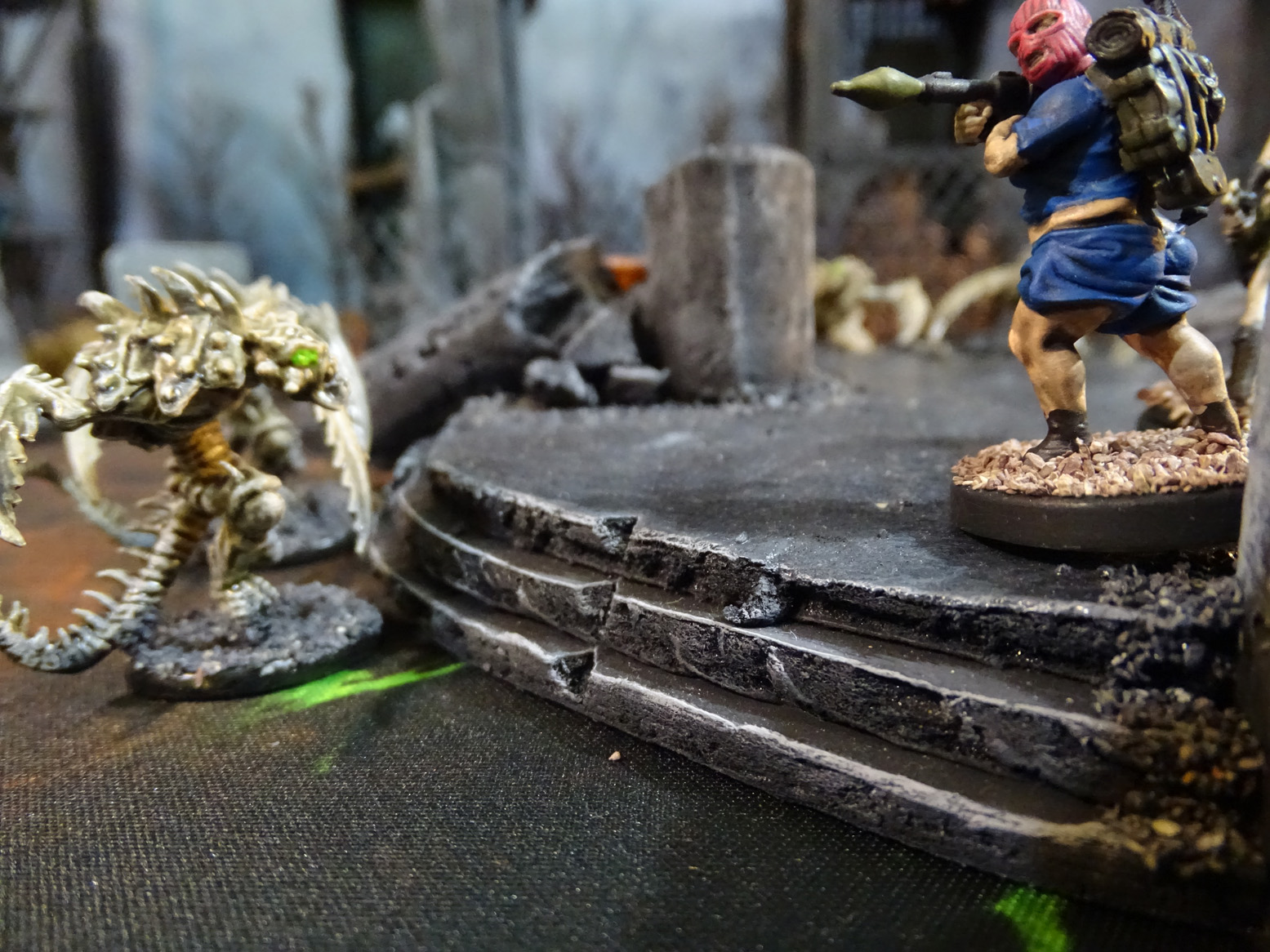 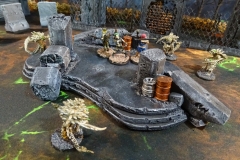 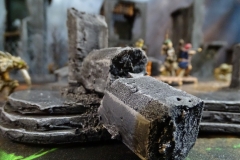 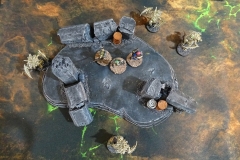 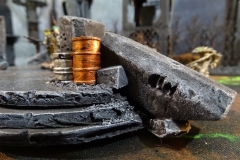 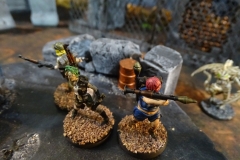 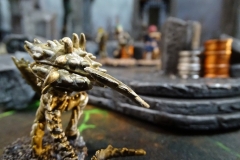 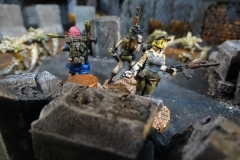 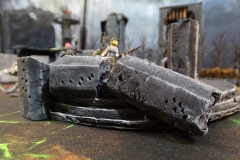 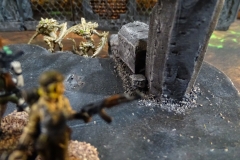 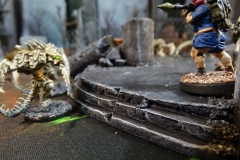 Concept: A simple project: urban public spaces such as parks often have memorials. While these often have statues or plaques, some are more abstract with works of art. This memorial features three columns on a curved platform with three steps. In a postapocalyptic setting, we could imagine the columns having been destroyed and now used for cover, the memorial itself a landmark used as a strategic point, ex. command and resupplying. Three columns make three openings. I wanted this piece to be easy to deploy and move around, to break the somewhat monotonous effect of linear structures in my ruined cities. As a result, this really simple, relatively small piece is probably one I’ve deployed the most. The challenges in building it were that the stairs and plaform had curved edges (not straight) and those were hard to do, at 5mm intervals, consistently with just a cutter. For the columns, I followed a simple rule to making ruins: make it whole first and then damage it. So I sculpted the columns (they’re hexagonal, if that even shows) and them cut them at an angle and in section as though they had fallen in a particular direction to (sort of) recreate the destruction effect.

The models by Warlord, CMon (Zombicide) and Descent.

Materials: Polystyrene for the columns, foamboard for the stairs / platform. Barrels by Ramshackle games I think. Some Army painter gravel flocking on the edges. PVA to seal.

What I’d do differently: A sculpture smack in the middle would have been pretty cool. I might build just the sculpture to be placed manually on top, see if that works. Also, some weathering, such as moss for the columns, rust puddles, etc.