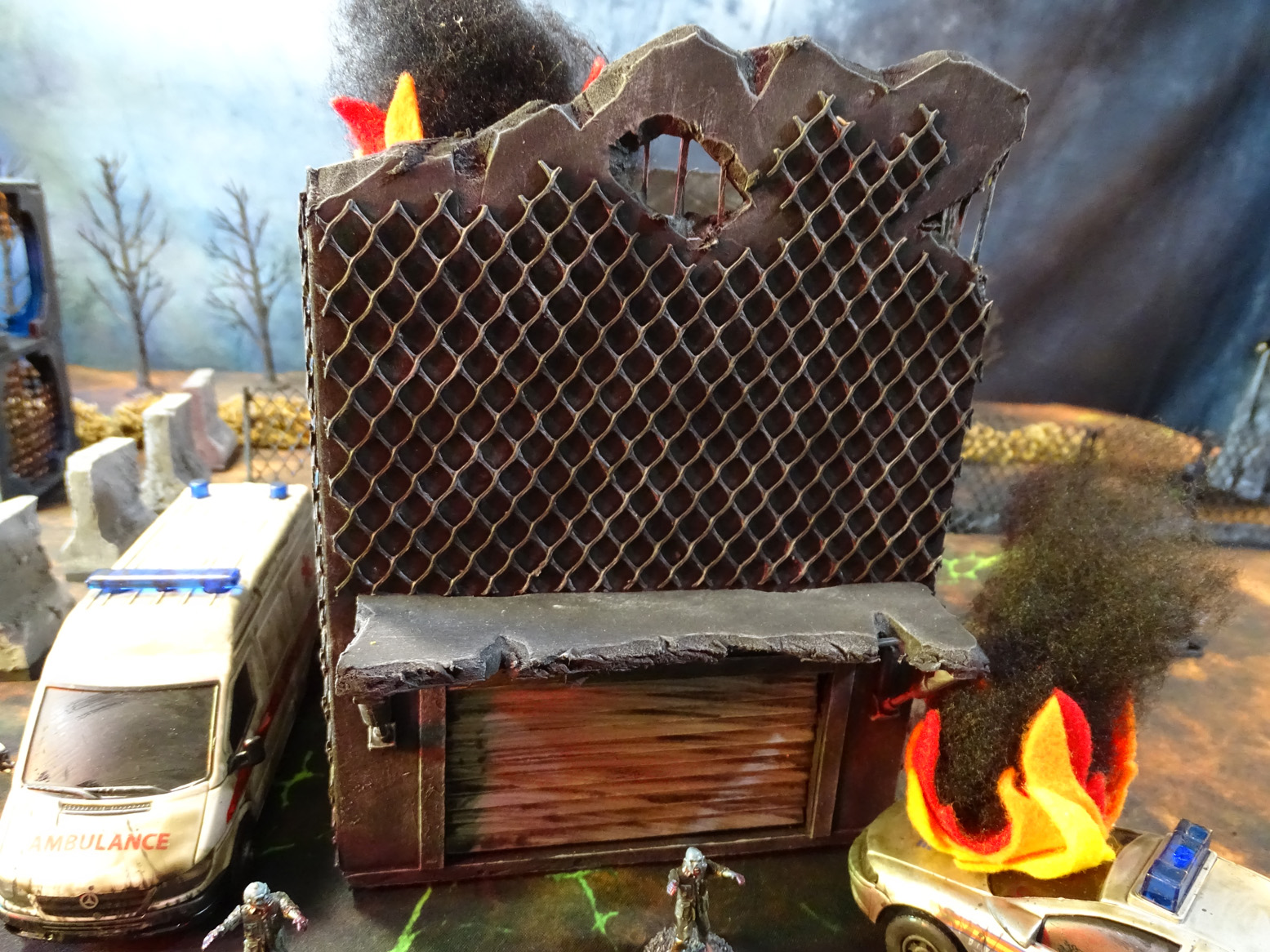 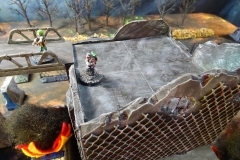 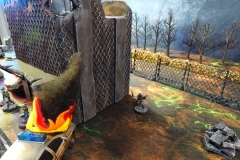 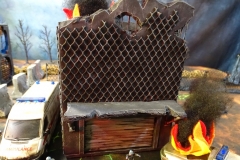 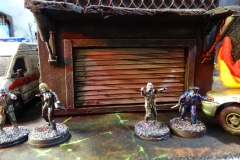 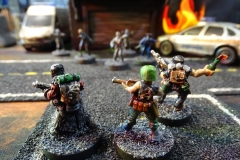 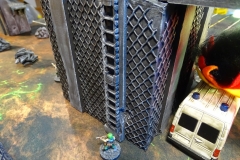 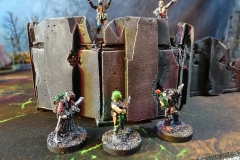 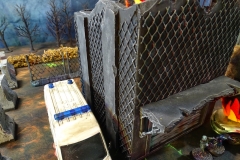 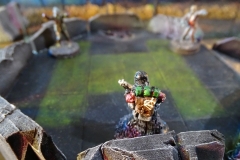 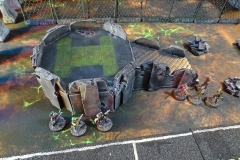 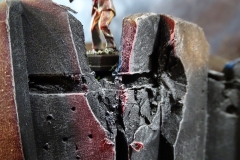 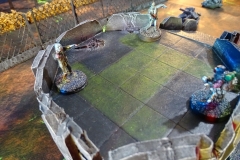 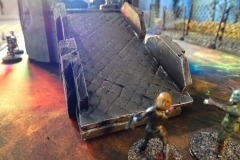 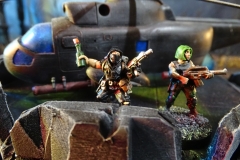 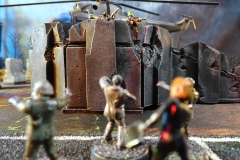 Concept: The garage. I wanted to have an elevated stop for a last stand of where a group of models could hold a defensive position. Also makes a great objective to capture. Meant for Deadzone, which explains the 3” grid. Used PVA to coat the top and it pooled in some areas, creating a reflective puddle effect, which it turns out is a cool effet. The holes in concrete where rebars protrude is still one of my favorite features.

The helipad had a similar purpose but had to be accessible by vehicles and walkers. It was one of my first foamboard projects (replacing the dreaded polystyrene) and experimenting with single / dual layers, structural integrity, angle techniques, etc.

Models by Warlord and some company I can’t remember. Vehicles from a toystore.

Materials: Garage door from cascading craft sticks painted silver and tarnished with a dark tone wash. Otherwise, foamboard for the win! The mesh is from some gutter protection roll found at hardware store (same used for my chainlink fences). The garage ladder and angles taken from a Mantic Deadzone terrain set (I think).

Helipad is all foamboard. The runway is still foamboard, scored to create a antislip pattern.

As with most of my foamboard builds, everything was hand painted matte black with some cheap dollar store paint, and then heavy drybrushed. It’s an efficient technique, quick and it makes an impression.

What I’d do differently: Just from a design standpoint, both structures are a bit bulky. I’ve found them slightly awkward to use since they take up to much table space. Also, same as with most of my foamboard builds, they’re a bit barebones and could use lots of weathering.