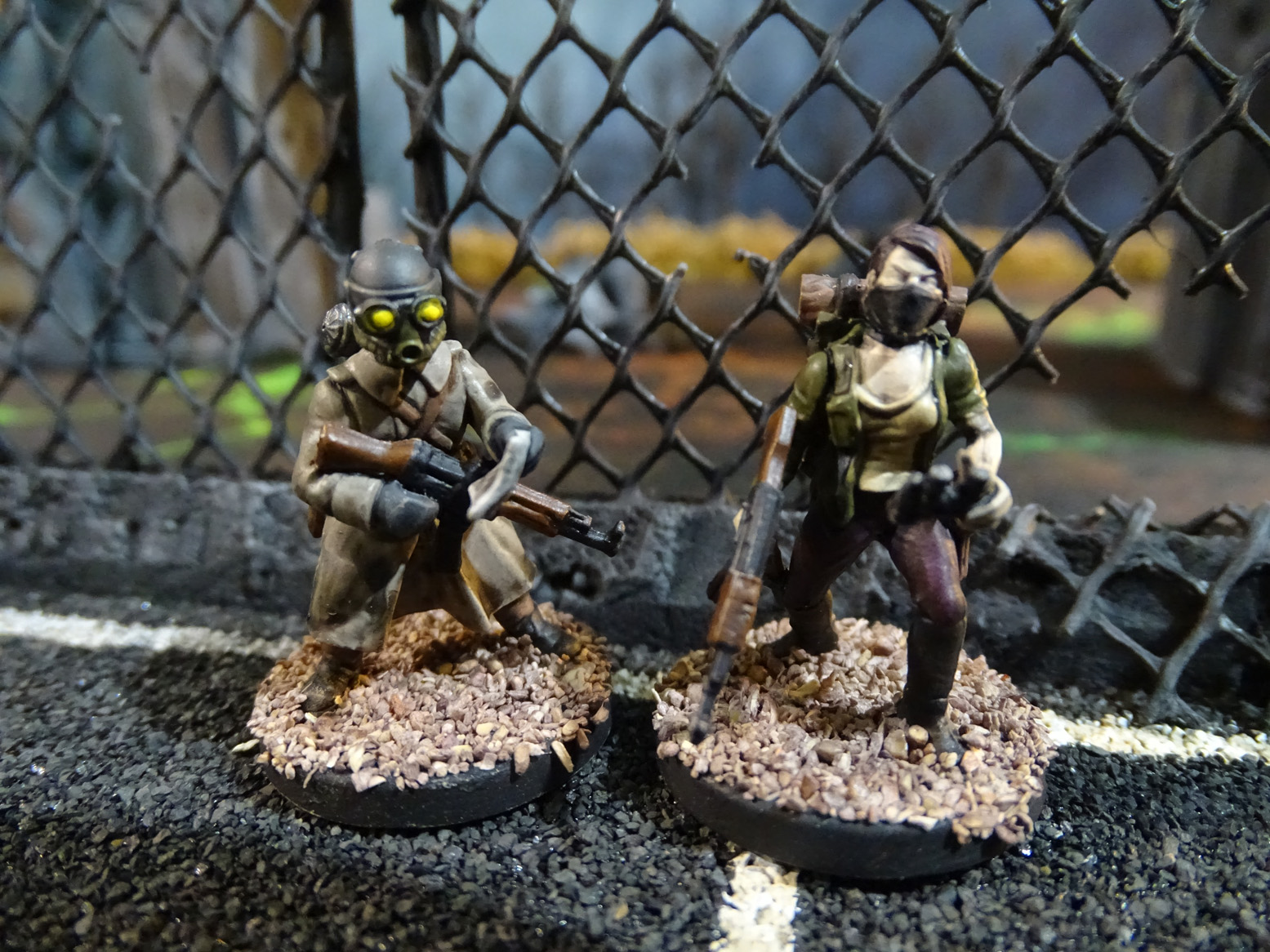 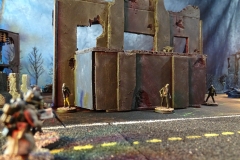 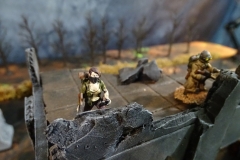 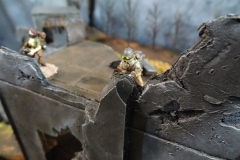 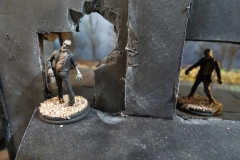 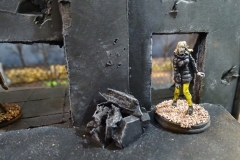 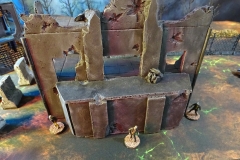 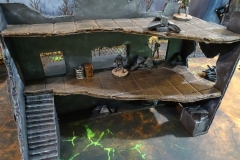 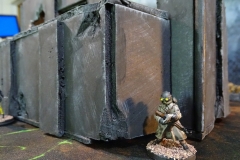 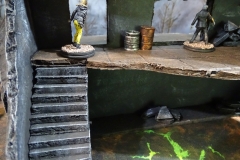 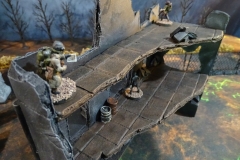 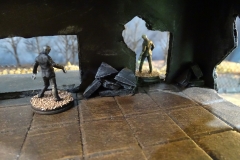 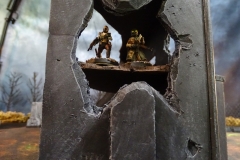 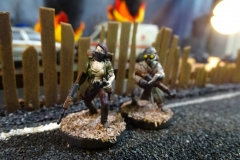 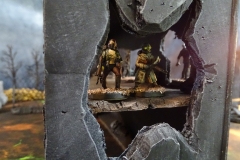 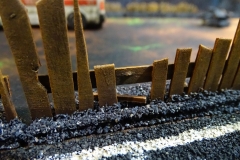 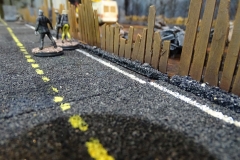 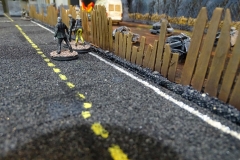 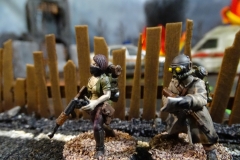 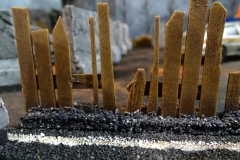 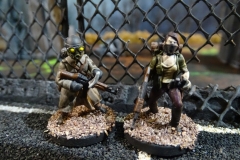 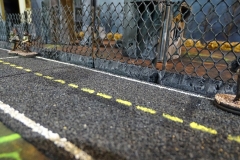 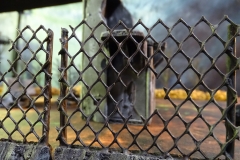 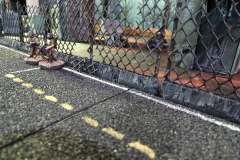 Concept: Chain link fence, picket fence and bombed out building. Basically, post-apocalyptic urban elements, ruined and damaged but still recognizable. The fences were made with some 10-12 pieces each, for various configurations. Weighing the bases was difficult, I used some nails to give them some heft and center their gravity so they wouldn’t keel over at the slightest. The building is a different matter, didn’t use real-life inspirations, just designed intuitively which makes it original but somewhat weird (what is this building anyway? industrial, apartment, commercial? does it matter?). I was still learning to build ruins, and they’re always good projects to learn with, since their damage, such as bomb blasts, bullet holes, tears are fun to craft AND take attention away from the rest of the piece (which may not be great). Foamboard for the win. Oh, and I put a metal strip at the rooftop edge for my magnetic walkway set.

Materials: Chainlink fence from bamboo skewers, polystyrene base (with nails for weights) and the chainlink itself from some hardware mesh used to protect gutters (I think). Picketfence from craft sticks. The building is all foamboard, floor scored and sealed with PVA.

What I’d do differently: The chainlink fences have sharp edges here and there, and they get stuck and knock over easily still. I still love that building but the only hickup is that I built it on its own, and doesn’t fit in that well with others in that set, as a result it kind of always sticks out when it’s actually designed to blend in with the scene.