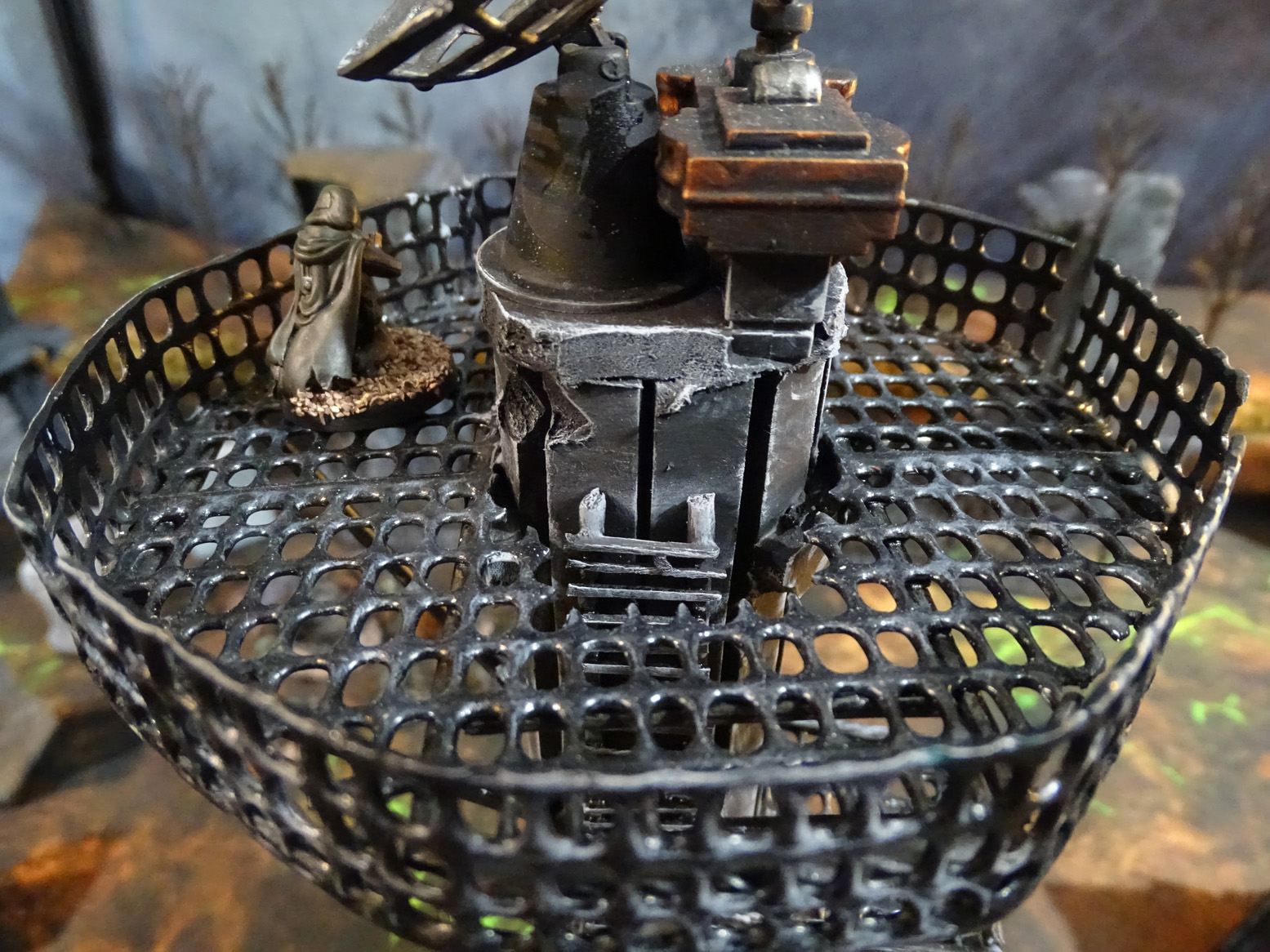 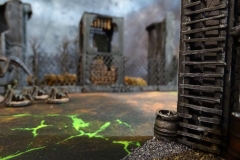 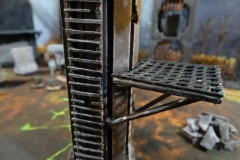 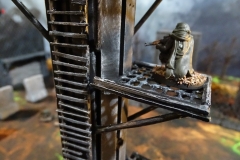 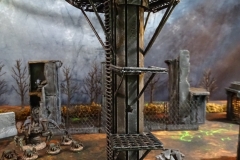 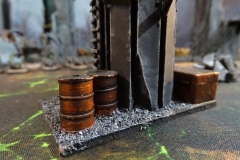 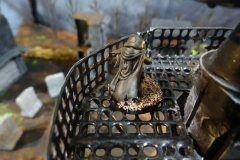 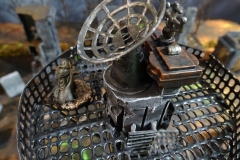 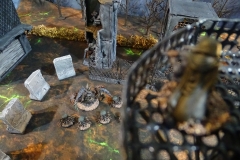 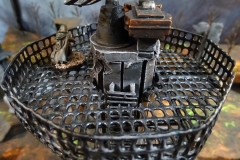 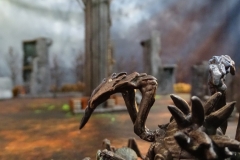 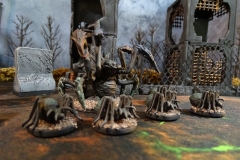 Concept: One of those ramshackle, spur of the moment, throw-everything-together-with-glue projects. The concept was a communications tower which could double as a unique, 360 degrees vantage point. It’s more than 30 cm (1′) tall. It was the first in my post-apocalyptic, foamboard speedbuilds, with simple structures ruined by war. Painted matte black with some heavy grey drybrush for some maximum effect (with minimal effort!).

Models by Mantic and some from Descent.

Materials: The pillar itself is from a single length of foamboard, cut vertically at regular intervals, then glued together to form a cylinder. Loads of ball bearings were glued at the base inside the cylinder to ground its center of gravity (it’s less easy to knock over, but still). The platforms are made from some plastic bush winter protection thingy (it was hell to work with since it curved naturaly and had few fixture points, I fixed it with unreasonable amounts of cyanoacrylate). The antennae is from some dollar store kit. Ladder made from bamboo skewers and toothpicks.

What I’d do differently: The smaller platforms along its side were put for functionality in a wargame, but they look weird and out of place otherwise. I would have liked an easier way to build the platform but aside from that, I still love that clunky tower.