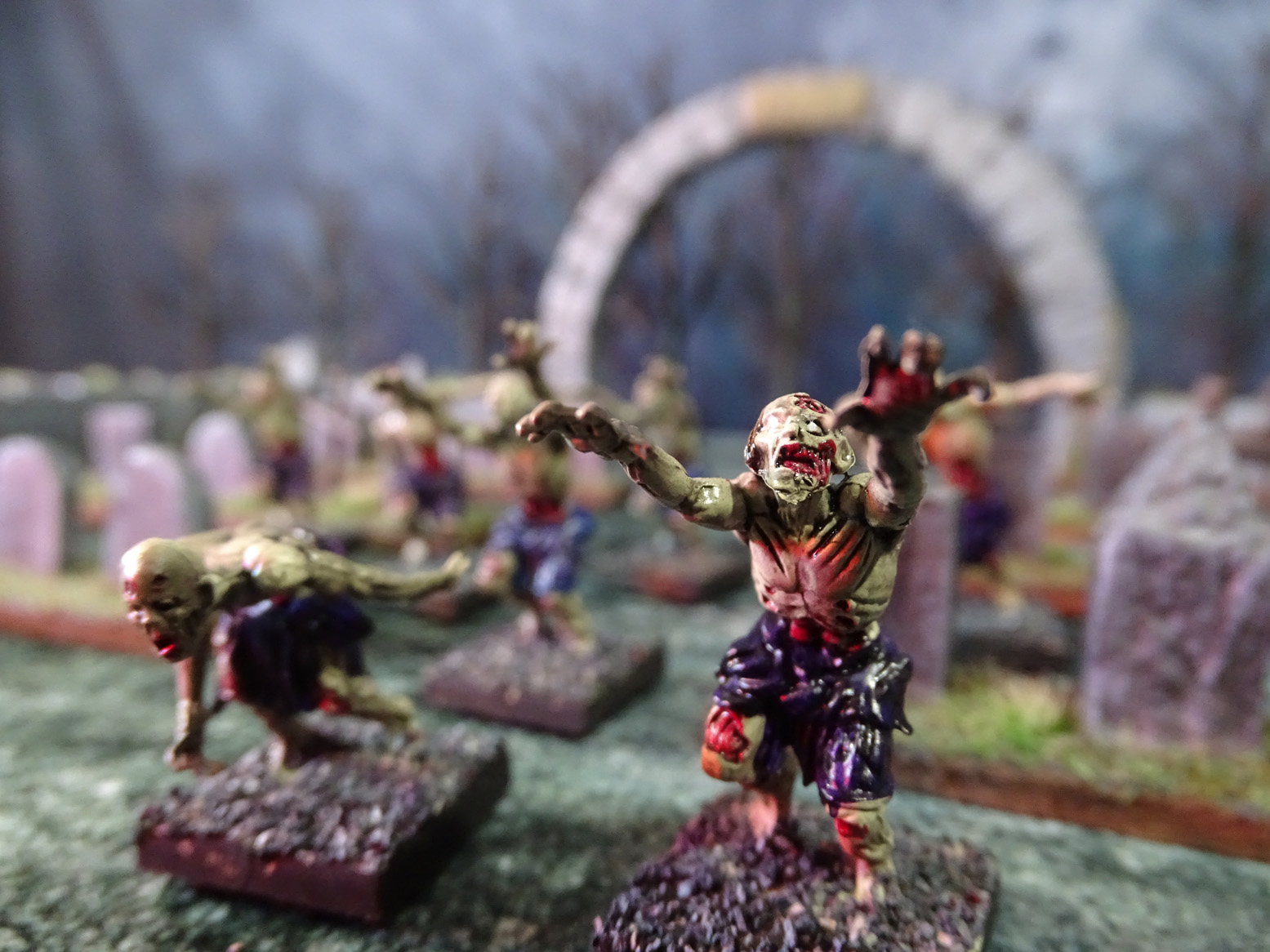 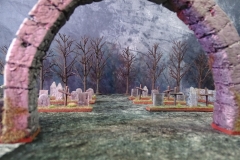 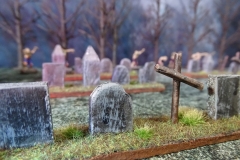 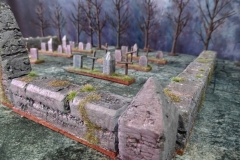 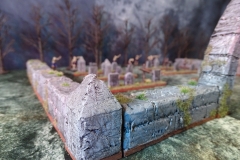 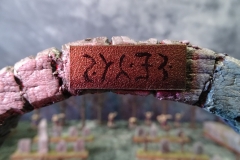 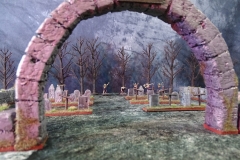 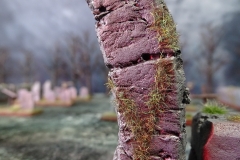 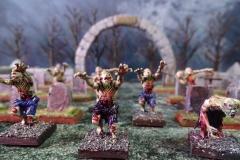 Concept: An early and simple project I didn’t think much of at first. But you quickly realize that small pieces like fences, debris and other tidbits end up back on the table more often than any other great complicated structures. As it turns out, cemeteries are a must for any zombie outbreak! I was inspired by old graveyards and tombstones from the 19th century where all inscriptions have faded – those cemeteries you can barely recognize at a distance. In practical terms, these sections had to be modular, so the graveyard could take various configurations as needed. Same with the stone sections, which have various lengths and a few square intersections. The gate was carved from a single piece of polystyrene and weighted down by ball bearings hidden inside the two bases (since these high and narrow structures always get knocked over), it actually springs back into place from most angles. Same with the stone walls to give them some weight. The gate plaque was cut from a plastic base for miniatures and I painted some symbols with a fine brush and added an ink wash for some weathering.

What I’d do differently: More weathering, at least on tombs! And to be honest, more features would make any graveyard more believable: a crypt, some statues, black iron post fences, etc.