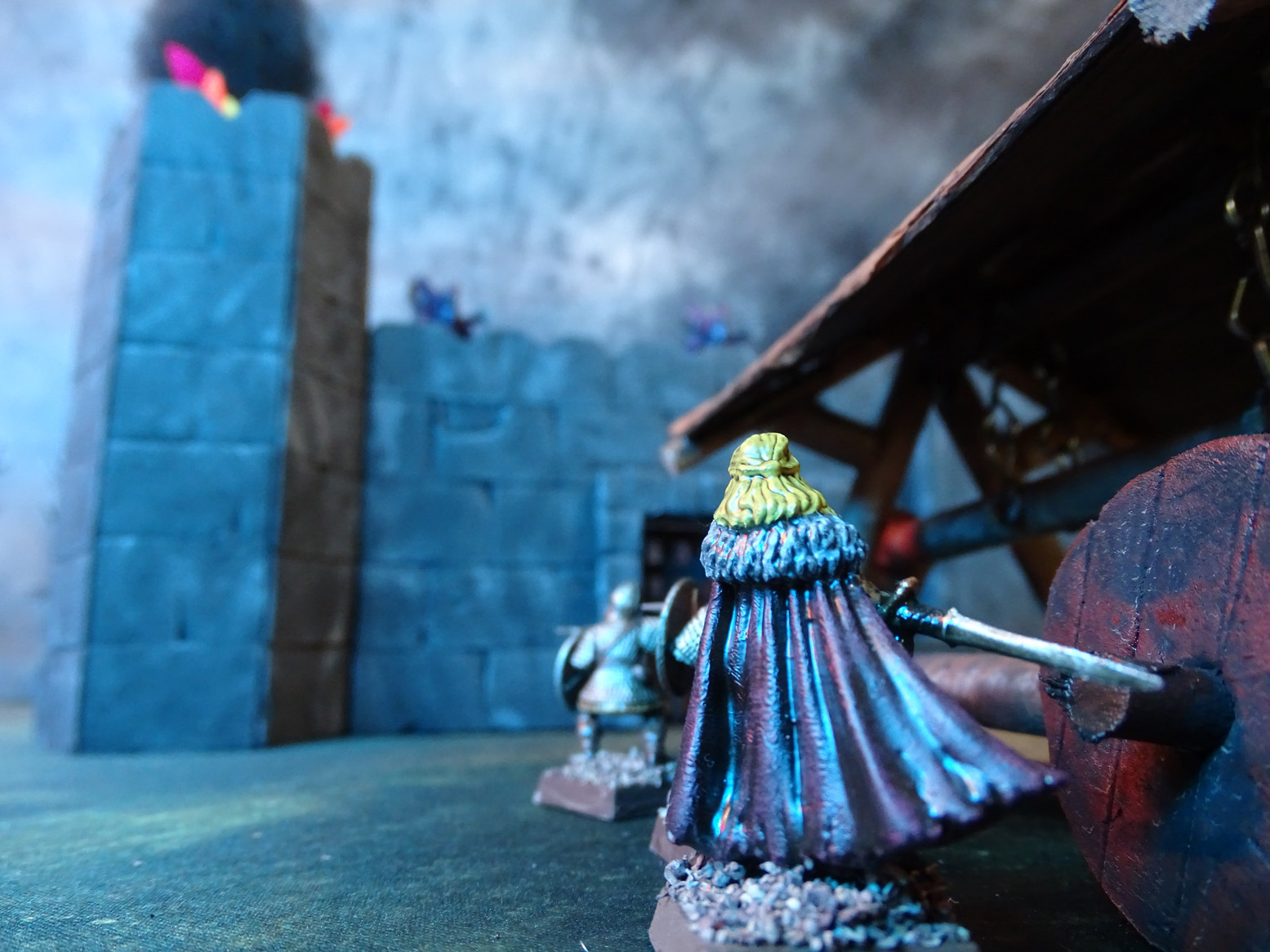 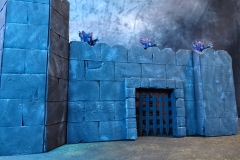 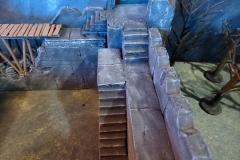 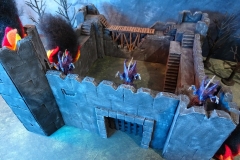 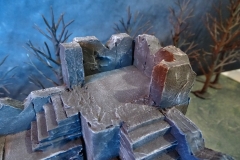 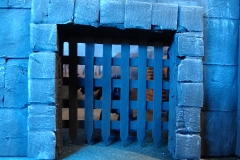 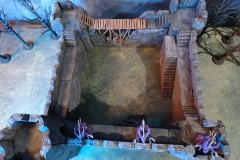 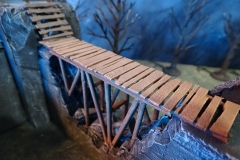 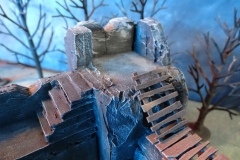 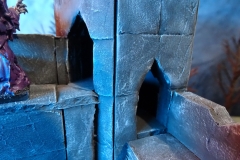 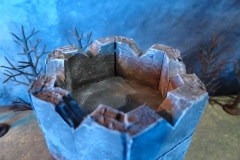 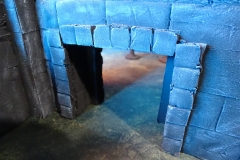 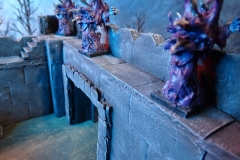 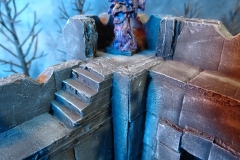 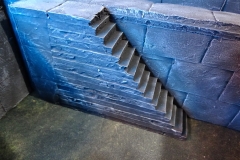 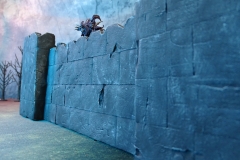 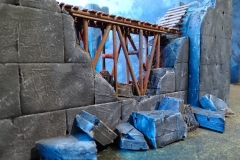 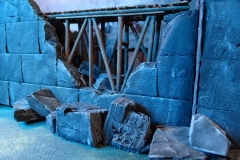 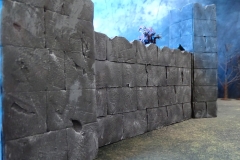 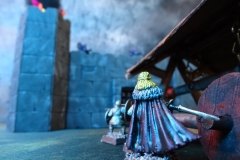 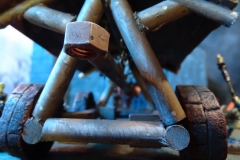 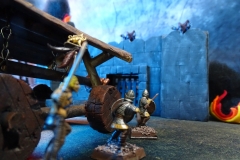 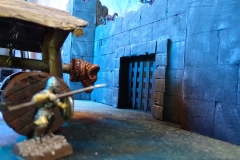 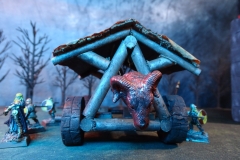 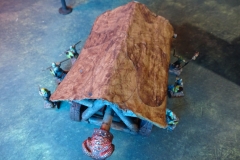 1 2 ►
Concept: Fortresses dot the European landscape during the early period of the Middle-Ages, some left over by the Roman Empire, some built by fledgling warring States. I wasn’t going to craft an actual castle, but what about a small fort? Here is an attempt with several constraints. It had to be wide enough to enable manipulations, aesthetically stripped-down to fit many themes (generic fantasy, a winter setting, or post-apocalyptic set) and finally, I wanted to move away from polystryrene entirely in favor of foamboards. That means a different technique for texturing and I used a rotary tool on a large scale for the first time. I wanted to convey the feeling of a siege, breaking down one wall was a way to break off the monotony of the otherwise simple structure, with makeshift repairs. I found ruins are break at putting details and personnality into what might be otherwise easy to overlook. Also, Lastly, the battering ram is part of a two set (one for humans, one for undead), all wood and leather in stereotypical “barbarian” fashion.

The fire features were made by my brother. Models by Reaper, Mantic and Warlord.

Materials: Foamboard with no wash and a heavy drybrush. Gate from craft sticks. The siege engine is complicated: polystyrene for wheels, craft sticks for the structure, the ram is made from a dollar-store farm animal’s head. Roof pelts cut from cardboard paper tinted with a strong wash and glued individually.

What I’d do differently: Fortress feels too aesthetically stripped-down, would need more features or accessories. The courtyard is still a bit too narrow for manipulation. Also, foamboard edges are hard to conceal, you can notice on the stairs, even with a textured paste I couldn’t hide the layer details. Lastly, that battering ram is way off scale, just so huge (how can those poor people even push such a thing?).