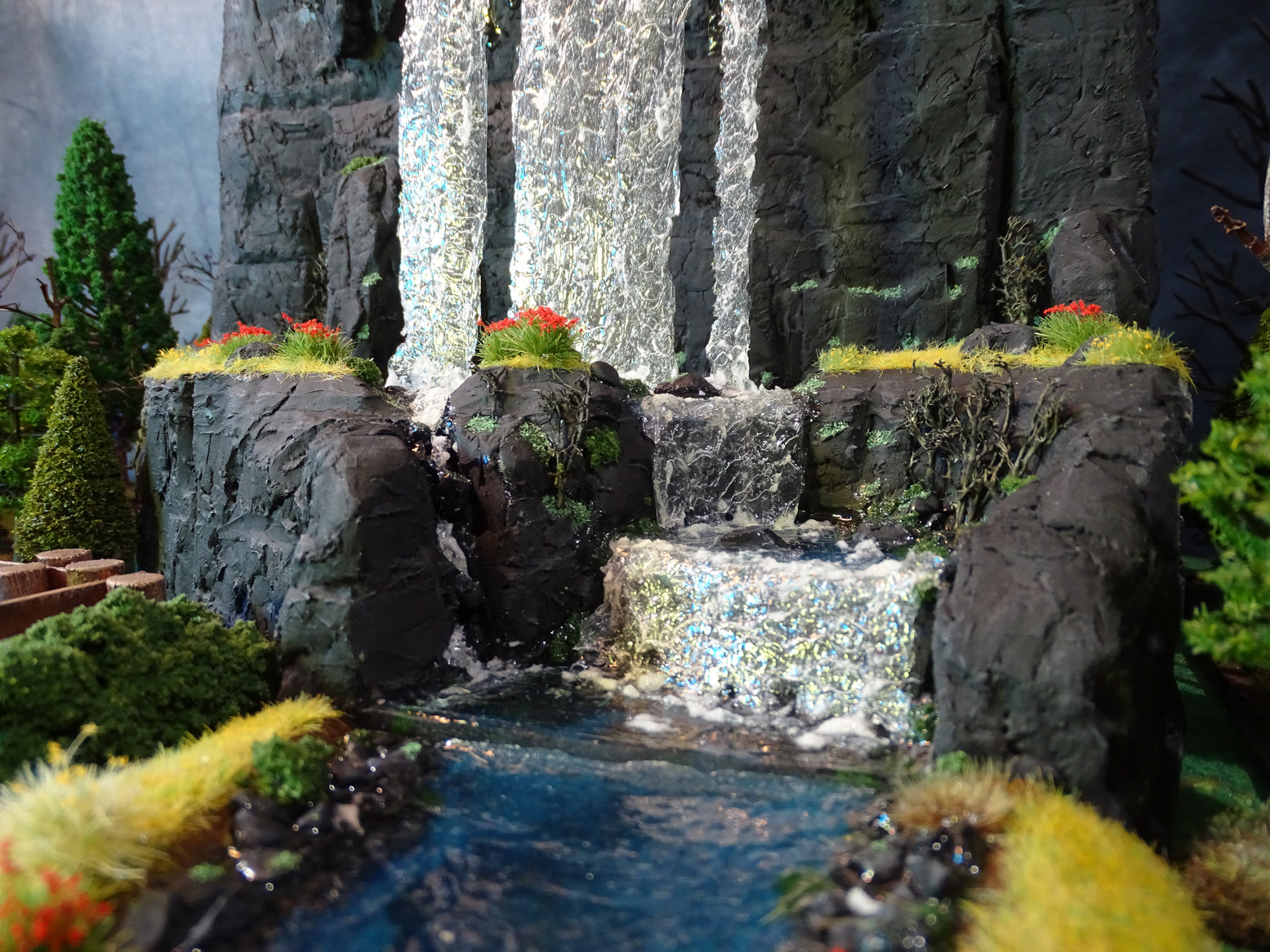 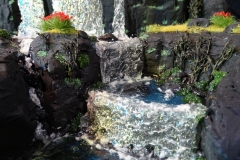 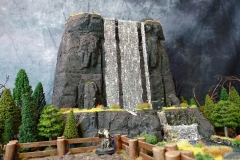 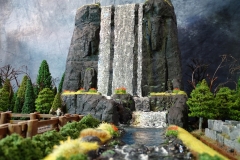 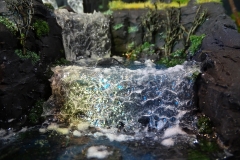 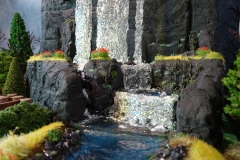 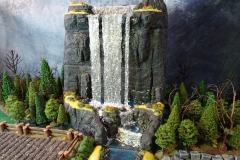 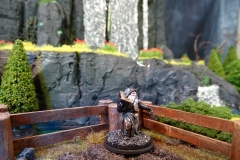 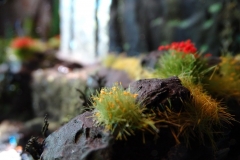 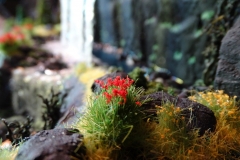 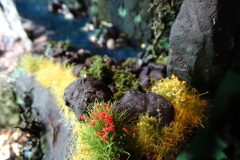 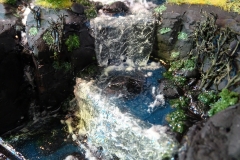 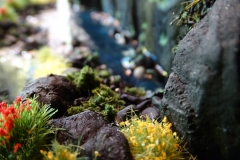 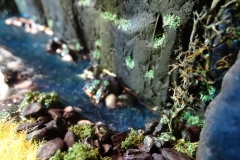 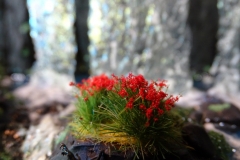 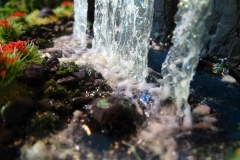 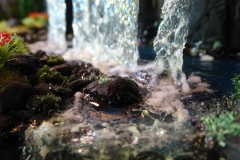 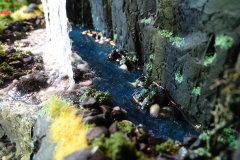 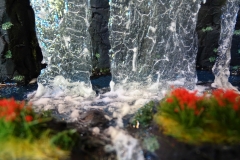 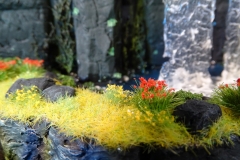 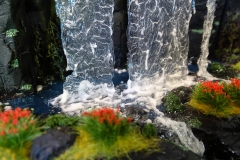 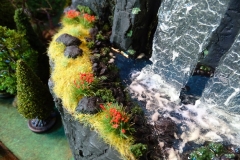 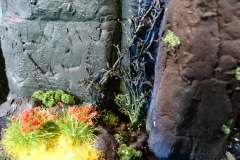 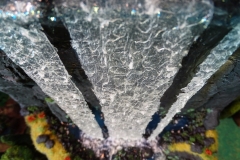 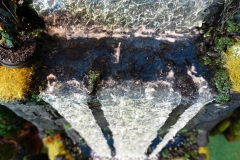 1 2 ►
Concept: Conclusion of the Water project. This is it the one, the big, the giant Waterfall. About 14” high, 12” wide, 9” deep. It’s huge. Now, lots of things to get into. First, the overall design: I knew there was no way I could recreate an entirely realistic waterfall, geologically speaking. It’s part of my professionnal formation as a geographer, I tried several designs, looked at a ton of pictures – hopeless. I could even see glaring flaws in the builds made by the pros. So I resigned to do the closest approximation, with one key redeeming factor: enough spectacular elements to draw the eyes away from the issues. Still, for reference, I was inspied by granite from my native Laurentians (i.e. dark hue, doesn’t chip like sedimentary rocks). That said, I thought three tiers, with two basins and minor falls with one big-ass, main waterfall would look cool! The structure itself is layers and layers of polystyrene, sculpted, with some texturing paste to hide the horizontal lines (with mixed results). As with the other pieces of the water project, the vegetation types shift with the distance and altitude to the shore, with rare white flowers at the very top. Same effects for depth as the others, high emphasis on froth at the base of the falling water. The falling water itself is gloss gel medium, spread over glass in a half-circular pattern. When that dried I drybrushed with white acrylic paint, then added more froth from “AK wet snow”.

What I’d do differently: High expectations, very satisfied, but so much to learn. For the Waterfall, aside from the overall design which was imperfect from the get go, I wish I’d found a better way to do the falling water. Three “strands” seemed more natural but evenso, it looks worse the more I look at it. Also, pouring the epoxy was a nightmare: I tried to make little “dams” from gel medium but the resin somehow leaked through. It shows but it’s not so bad, though it did fill the last basin more than was planned, leaving another great disparity with the river piece.

But more importantly, I want to reflect on the whole Water project. Thing is, I’m not sure I could have done anything else differently, just because of the magnitude of the thing – getting it done was itself the greatest challenge. If it had been more detailed, more complex, more finnicky, I might just have thrown the whole thing out. Just in terms of size, it’s like 4 square feet of painstaking detail, which is insane. It took some five months working on it just about every day, it was long and like any time-consuming project, it can get anxiety inducing because of the sunk-cost: the farther you get along the way, the more you’ve invested, the more scared you get of messing it all up. Which is why I’m not sure I’ll ever undertake something so ambitious in the forseeable future. At some point, you do get frustrated and want more and more just to be done with it, which sort of defeats the purpose of the hobby and leaves you rather disengaged, both cognitively and emotionnaly. I guess it’s important to set achievable goals, but also to push your limits a bit every time so as to improve, just maybe not in the scope of a project. Here the bar was set a little too high: I had to learn (and hopefully master) several new techniques while I was also ploughing through a freakin’ long distance marathon. Still, glad to have made it, for all its flaws I’m still really proud to set it on a table to play.