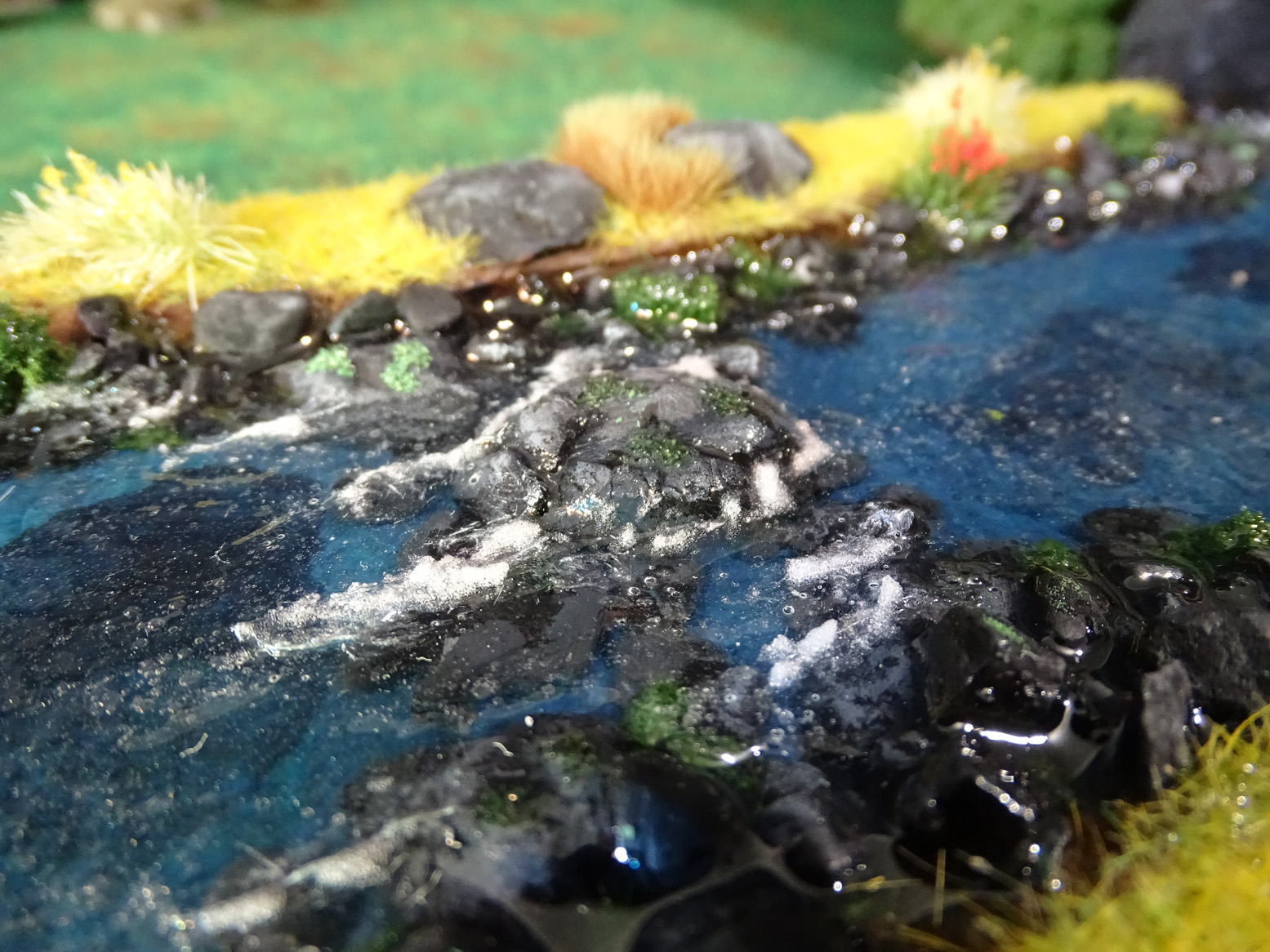 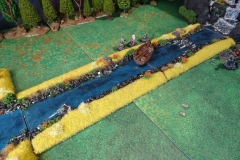 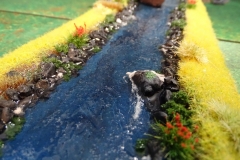 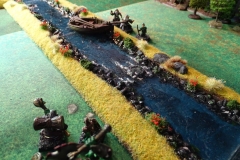 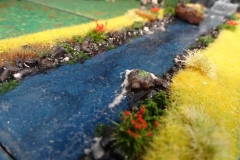 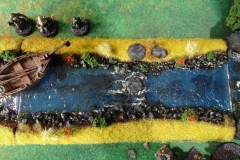 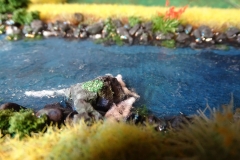 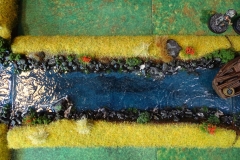 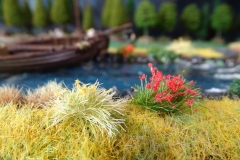 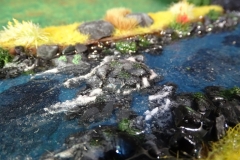 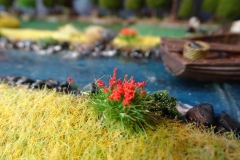 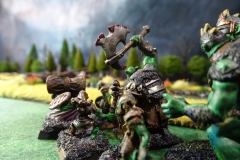 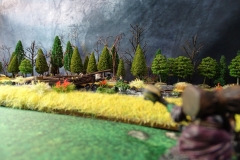 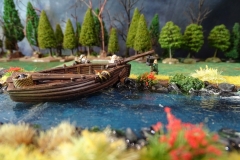 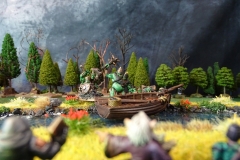 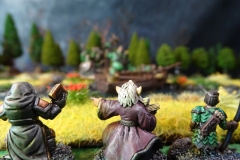 Concept: Part of the Water project. Two 9” river pieces. First off, let’s note that the vegetation is shifting gradually from the shore as we progress to the waterfall, noticably in the flower colors. It will keep changing as we go up – I thought it was a nice way to emulate flora distribution found in nature. A main challenge of the river pieces is that, in nature, no feature is in a straight line. But for practical purposes (i.e. cutting / warping), the river bases (in MDF) are straight. So with the polystryrene I tried to sculpt with curves and smooth angles to give the illusion of a natural looking, somewhat meandering river. Also, there was the challenge of giving it character, that was with some rocks protruding from the surface, perhaps enabling models to cross. I had a hard time with the froth effect and the directionnal gel medium. To ensure an illusion of depth, I did the same technique as with the shore but also put “moss” (Woodland Scenics flock) above and below the rocks on the edge, so that some would be submerged, as if the water level had gone up (which fluctuates in any river). I gave the water direction with waves and the frothing in the hopes they would be interchangeable, but then when came time to poor the epoxy resin, the level in both pieces came out different, so I have to places pieces in order to reduce the gap in between and so they’re basically locked.

Boats by Reaper, models from Dungeon Alliance, Descent and Reaper.

Materials: 1/4 MDF for the base. Polystyrene for the soil and rocks. Army painter tuft, grass . Woodland Scenics flock for the moss. Epoxy resin for the water and gloss gel medium for the surface. AK wet snow for the frothing effect. Some sculpting paste to try and hide the foamboard lines.

What I’d do differently: Again, really happy with this whole project, but the challenges, hot damn. I never saw that difference in level when pouring, I could have sworn they were even, but all pieces had noticable differences. I thought about creating separate removable blanket “rapid” wave pieces with a lot of froth, to hide those gaps, but decided to live with them anyway (might change my mind someday!). Secondly, and that’s the curse of any water project: the piece is evidently higher than the ground (the mat), which is the opposite of what would happen in nature (basically, the concept of a watershed and you know, all potable water on Earth!). There has to be “lips” on each side to hold the medium or epoxy, there’s no way around that, but mine is almost some 1” off the ground, which definitely could have been lower. Then again, the depth effect is one of the best features of this entire project, and that’s almost impossible to pull off with a very shallow piece (it worked for the Winter modular board because the lakes were froken and so covered in super reflective, black-looking ice). Lastly, just a point of concern: the width/length ratio is 3:1, the most you can theoretically have before it warps, it’s not exactly a negative point but I’m kind of worried about it.