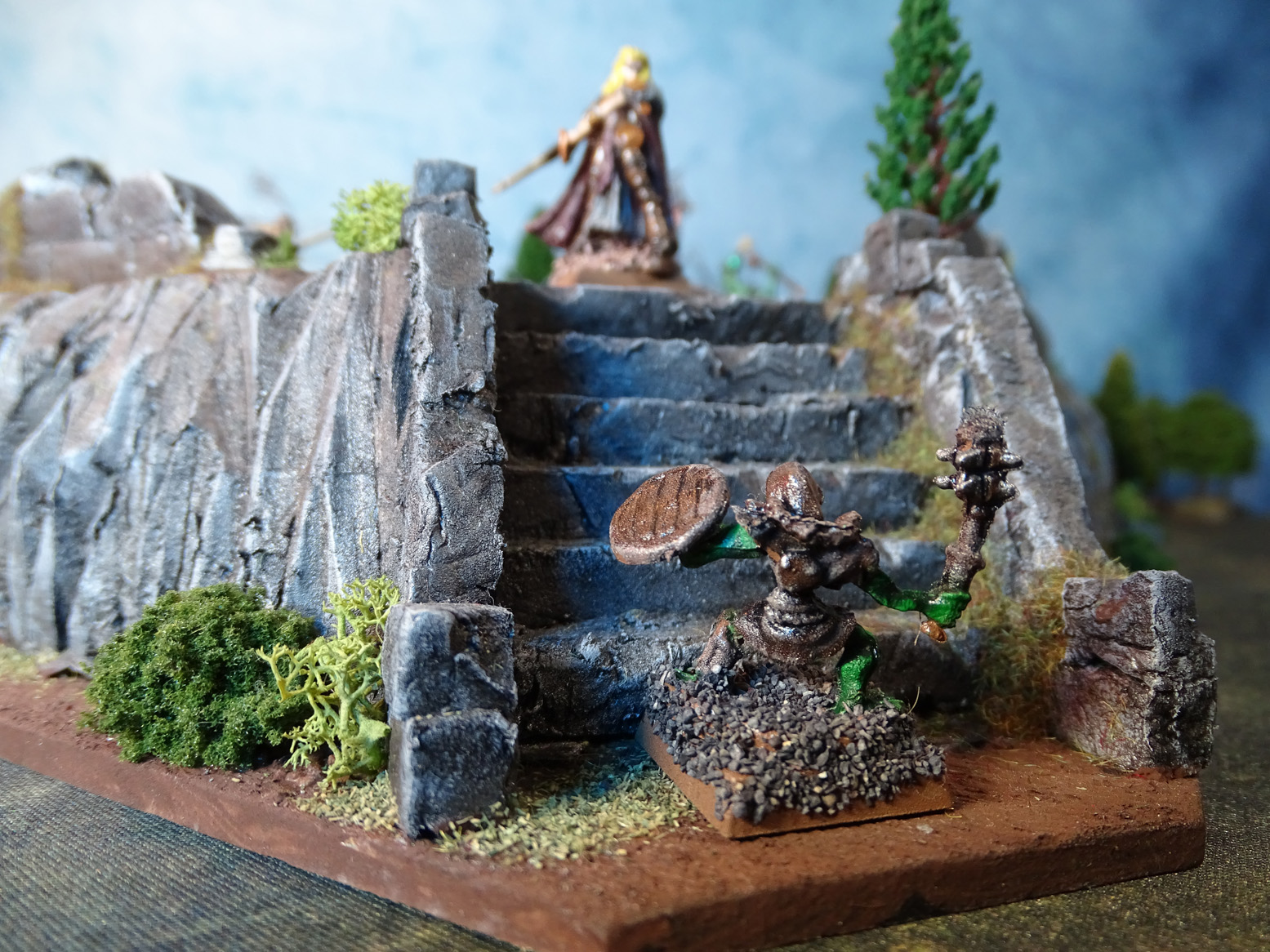 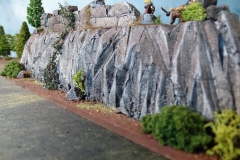 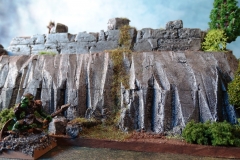 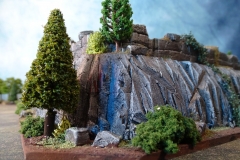 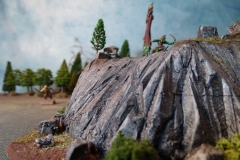 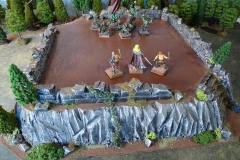 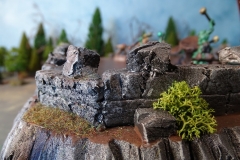 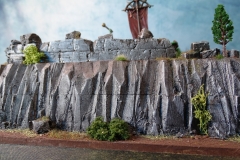 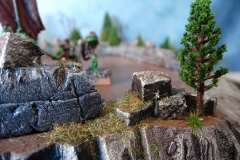 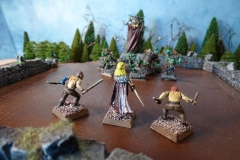 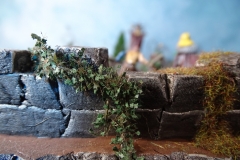 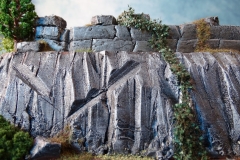 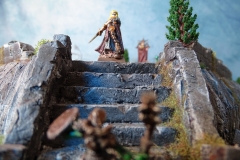 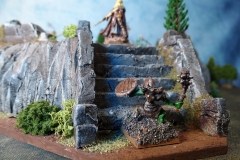 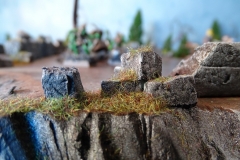 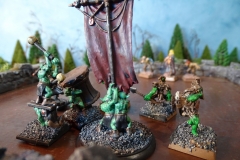 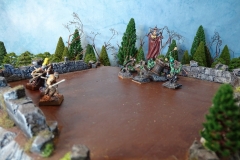 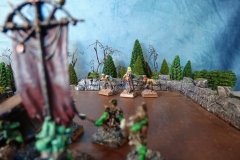 Concept: One of my first projects. Simple enough: the ruins of a fortress, elevated. With means an even ground, some walls. The plateau may have been a hill before, or raised up earth. It was meant for a game with large regiments so the ground needed to be wide and even. It was a first time basically sculpting down from layers of polystryrene glued together. A good case of functionality over aesthetics.

Models by Reaper, Warlord and some proxies from Descent.

Materials: Polystyrene for the plateau and the stone walls. Custom wash with ink, dishwashing soap and acrylic for the rock face. Flocking material by Army Painter. Trees by Woodland Scenics.

What I’d do differently: My rock-sculpting technique was very early and it shows, it’s pretty unnatural looking. The flock is fairly random too, which isn’t necessarily a bad thing, but it may have benefited from being better planned. And that square structure doesn’t help for a plateau meant to be natural or at least to have felt the effects of weather for a long time.