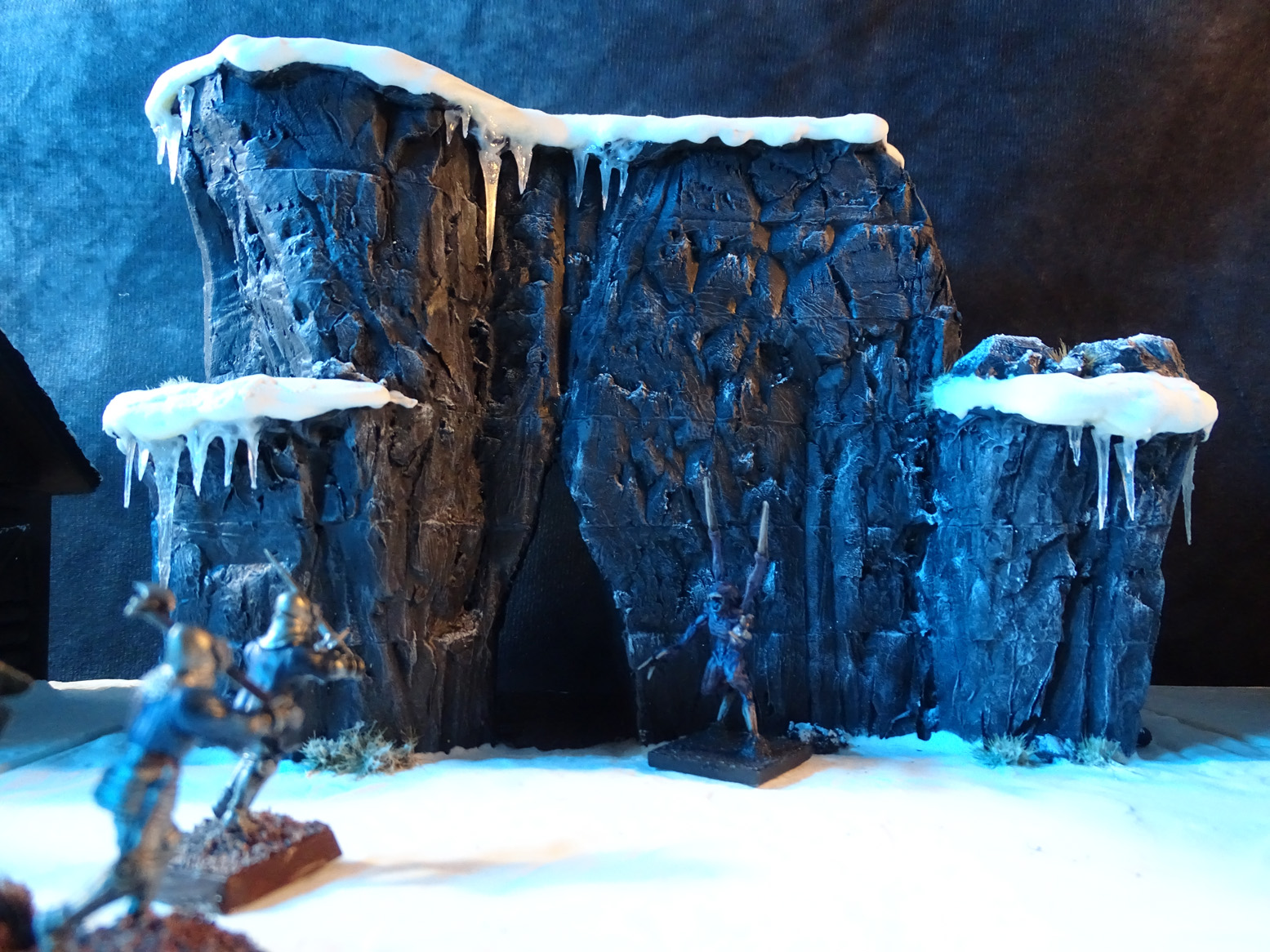 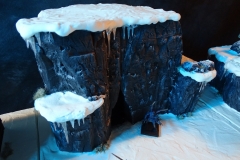 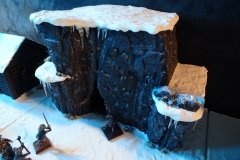 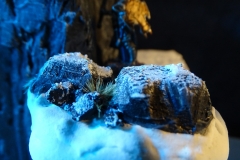 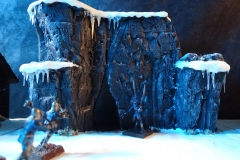 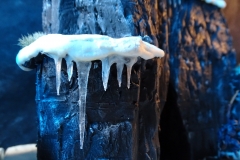 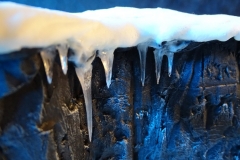 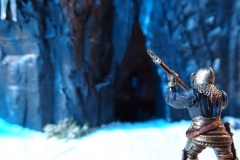 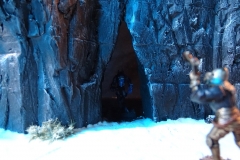 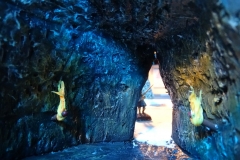 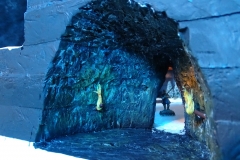 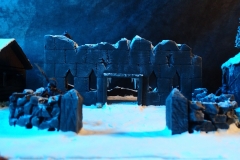 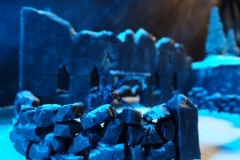 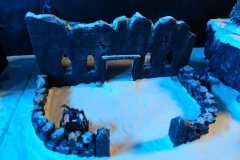 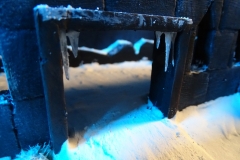 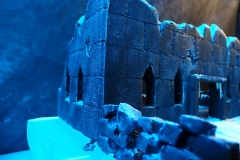 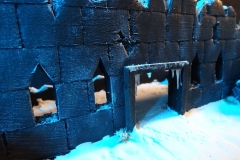 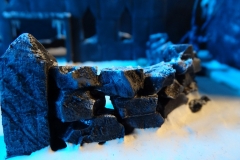 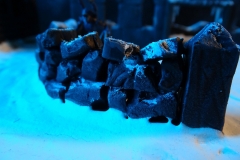 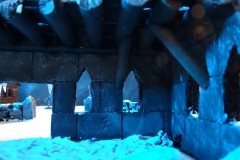 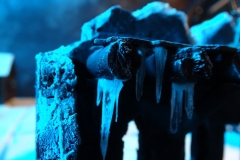 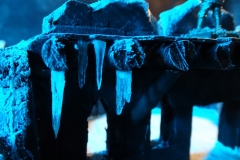 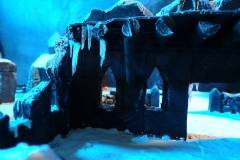 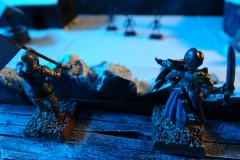 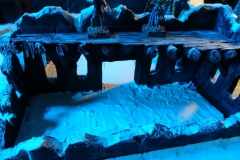 1 2 ►
Concept: Thie is the conclusion to the modular Winter board: the Frozen Cave and Fortress! For the cave, I wanted a gigantic rock feature that would hint at a larger formation. It was cut to a straight edge with two 3” tiers (to fit with Vanguard rules). The snow lip was actually a challenge, just getting the right consistency for it not to fall over was a lot of trial and error. The fun part was the cave itself, with a slight opening to a large chamber with torches. The flame was made from gloss gel medium mixed with yellow, with a heavy yellow drybrush on the cave walls to simulate diffuse light. For the fortress, I imagined a dilapidated frontier fort, hastily built and abandonned. Building courtyard walls from small bits made it possible to have a circular shape, with was a nice addition. Now, the beams for the floor were really hard to do since I had barely any tools, I actually used a circular saw to try and simulate broken edges.

Models by Warlord and Mantic.

Materials: Polystyrene for the cave, foamboard for the fortress walls (and craft sticks for the floor). Gloss gel medium for torch flame.

What I’d do differently: The torch flame, and the torch themselves, are pretty sad! Also, a typical flaw of the polystyrene is evident on the rock structure: the 1” edges, even though I tried to hide them with plaster, they still came out super strong with the drybrush. Gah.