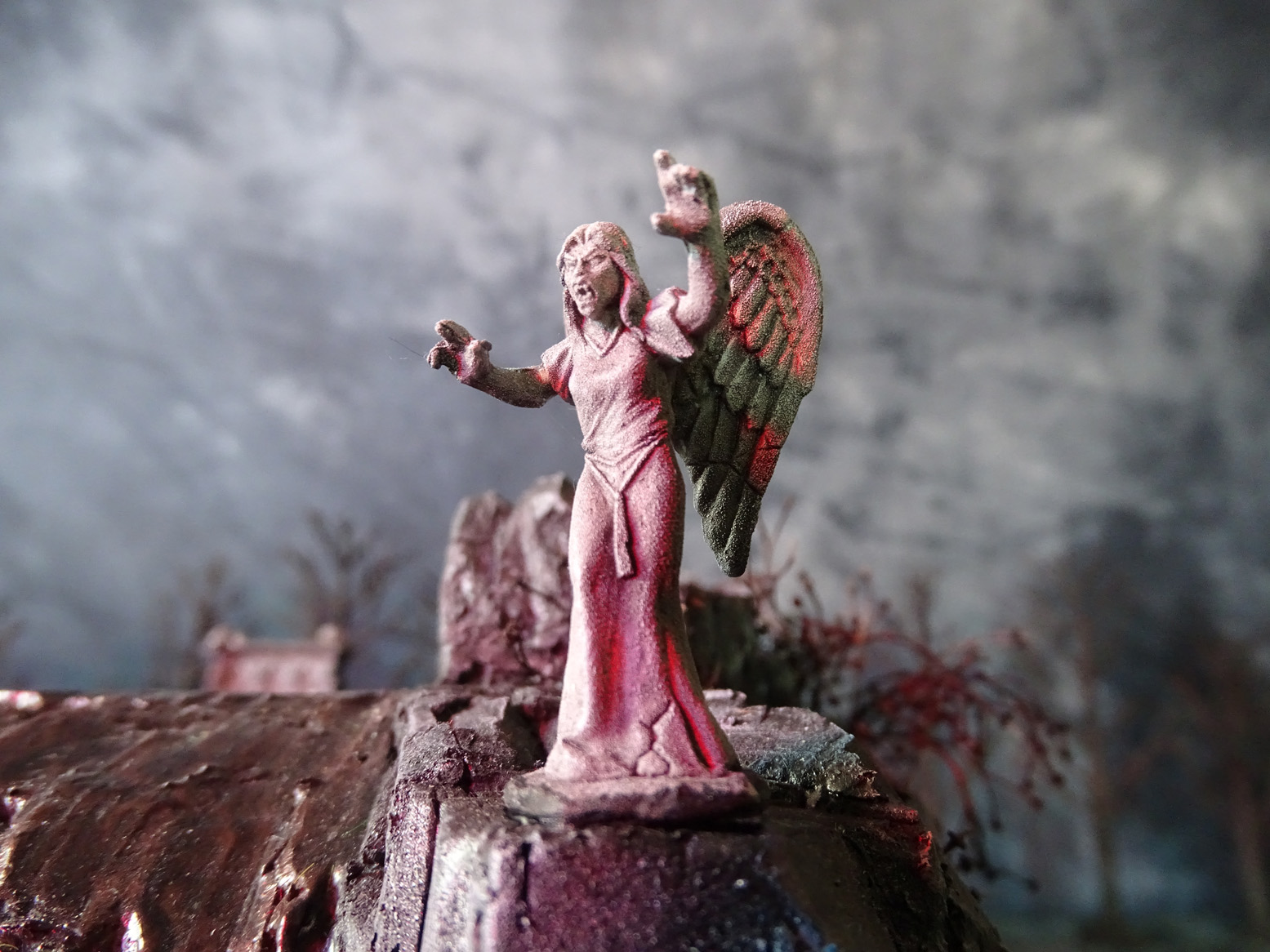 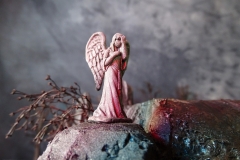 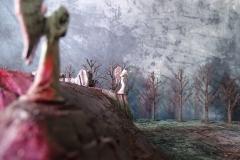 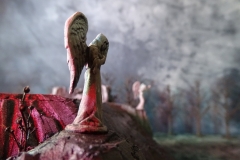 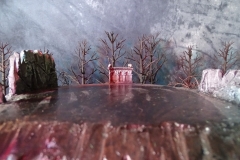 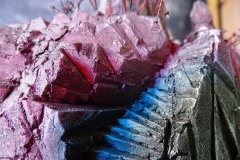 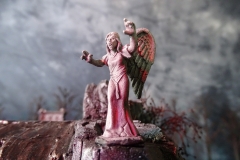 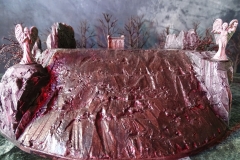 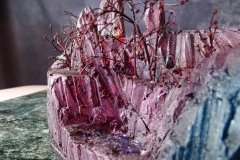 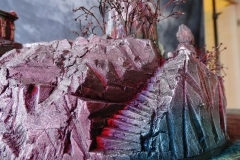 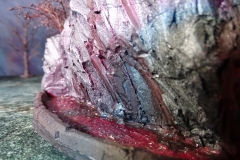 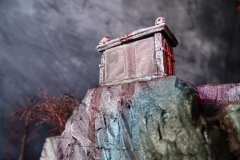 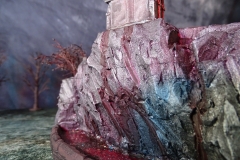 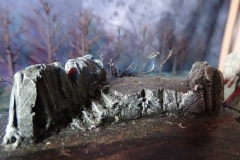 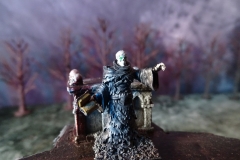 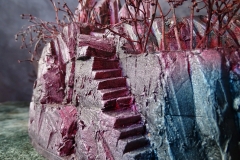 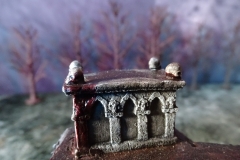 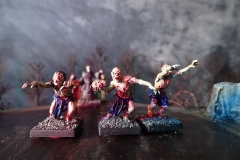 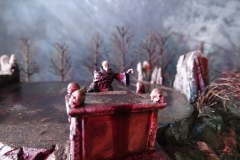 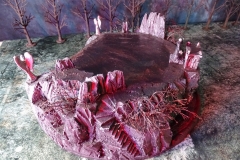 Concept: The Cursed Hill is just that: what used to be a pristine hill, now corrupted by darkness, as represented by the sorrowful statue and its vampiric counterpart. A very early project, and as the first piece of dark fantasy terrain I crafted, there were a lot of questions going through my mind on how to carry the theme forward. The vegetation is dead with no undergrowth, the rock edges are jagged, and well, there’s a lot of blood! Subtle. You can see the spatial constraint though. Originally meant as a terrain feature for the large-scale Kings of War game, which is for scores of miniatures (like regiments), the Cursed Hill needed to be wide enough to enable engagements by large detachments, which took away from the realism. The altar was meant as an objective to capture or defend. The paths on both sides enable movement across the feature and surprise maneuvers.

The statues and altar are by Reaper Miniatures. Models from Mantic.

Materials: Polystyrene all the way, and lots and lots of hacking. Dulled at least 3 blades doing so. The bushes are made from actual bushes in my yard, varnished. I used a custom wash for the rocks. Custom blood made from acrylic and Army Painter red wash. MDF base which, because it’s circular, never warped (yay!).

What I’d do differently: The slope is too steep for models to stick, I found out later that you need a 1:3 slope. Also the PVA was too thick and ended up leaving a shine I could never get rid of (that’s the true Curse!). Otherwise, the fully circular shape is a bit unnatural. Again, the rock paint is way too metallic.